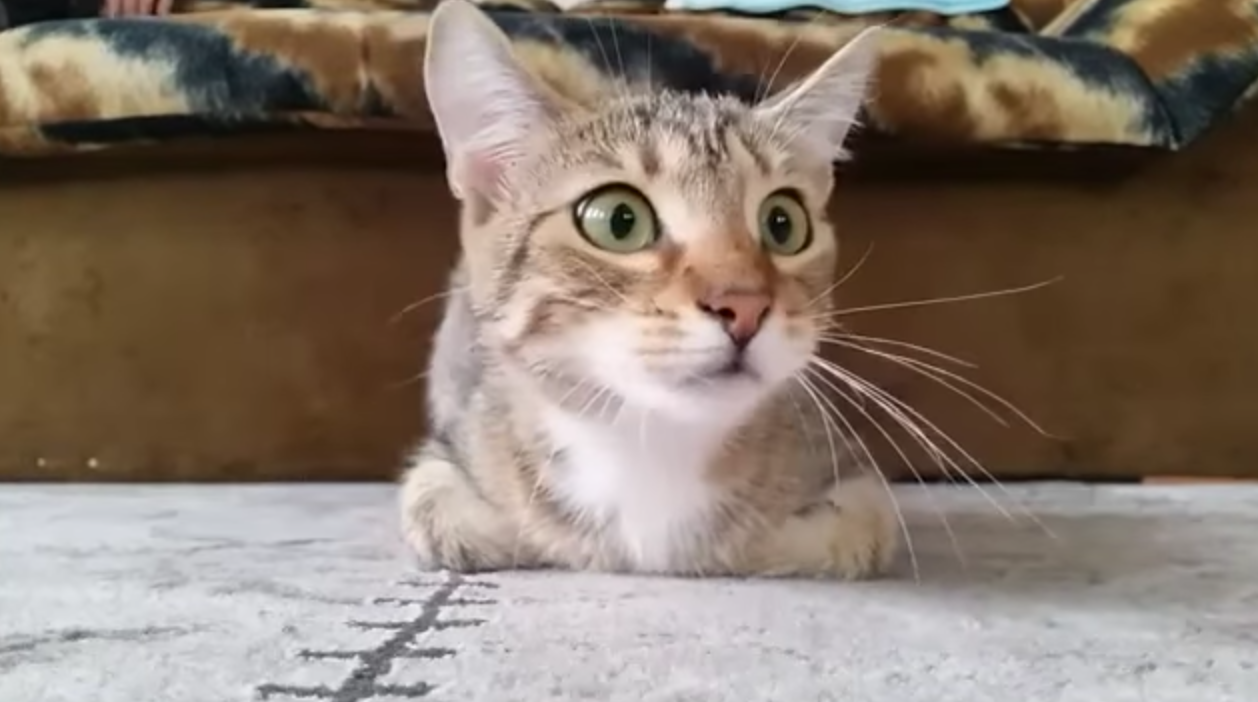 This wide-eyed kitty is enthralled by Hitchcock's Psycho.

Here's what the kitty's watching (spoiler!):

When you watch Alfred Hitchcock's Psycho and see the corpse of Norman Bates' mother revealed, don't you wonder what she used to look like? I mean, Norman was kind enough to put on a wig and give us an idea, but in the end, he was still just a very disturbed man in a dress. Not the most accurate representation of Mrs. Norma Bates. But A&E is going to finally end all that wondering we've been doing now that they've cast Vera Farmiga (Up in the Air) as Mother. Dear, dear Mother.

I suppose the other news is that yes, this Psycho series is actually still happening, despite no one really asking for it. But while it's never encouraging news to hear that someone is trying to capitalize on a classic horror movie by turning it into a TV show about already-existing characters (because that's generally known as "fan fiction"), at least it's coming from interesting people. Notably, the executive producer and writer of Lost, Carlton Cuse. Nothing "run of the mill" is coming from Carlton Cuse. And this show, Bates Motel, is promising a Twin Peaks-level of weirdness and mystery for the story that will tell us what Norma Bates did to her son that turned him into such a demented person. I'm not going to lie -- that sounds pretty interesting. A&E clearly agreed when they picked the whole thing up for series right off the bat.

Farmiga's Norma is being described as "a complicated, passionate and compelling woman who's a smart, multidimensional character always capable of surprising people." Read the rest

Blowgun woman: "I like to hear people say 'ouch'"

A woman admitted that she "liked to hear people say 'ouch'" and that was why she'd been driving around Stevens Point, WI with a blowgun, a slingshot, and a bucket of rocks, zetzing random people with various missiles:

One of the victims reported she saw the dart shot from a pipe sticking out the window of a black minivan. Police pulled the vehicle over at 9:30 p.m. and found a blow gun, a slingshot and a bucket of rocks inside.

Police arrested the van's driver, Paula Wolf, and said she eventually admitted to shooting the pedestrians. She allegedly told an officer that she "liked to hear people say ouch."