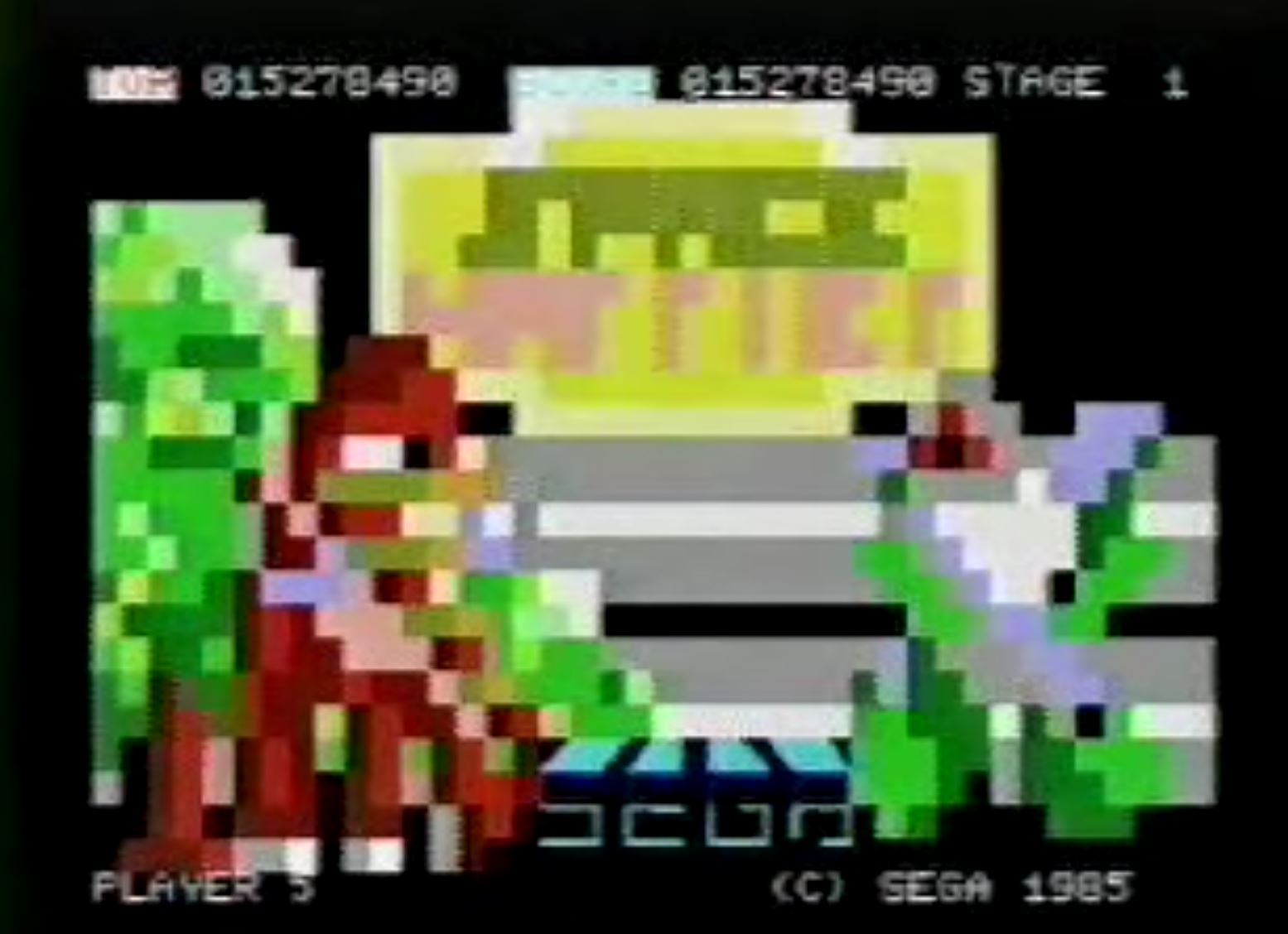 What you see before you here is frenetic, graphics-heavy 1985 arcade game Space Harrier as a textmode app. Though represented as chunky extended-ASCII characters, the underlying game is startlingly authentic, with bosses, pylons, tunnel staages and music all running at the Sega classic's freakishly fast clip.

It's not a clever terminal project floating up on Hacker News: it's actually the conversion for the MZ-700, a 1982 Japanese 8-bit, apparently created by Kazuhiro Furuhata in 1988. But this makes me think that Cannonball, the modern implementation of Sega's mid-80s sprite scaling game engine, needs a textmode feature.

(If you liked this, check the same game out on the Sharp X1, a more powerful Japanese 1980s machine: a truly bizarre mix of textmode and sprites, X1 Space Harrier is an arcade-accurate yet glitchy mess pushed as fast as a z80 can muster.) Read the rest