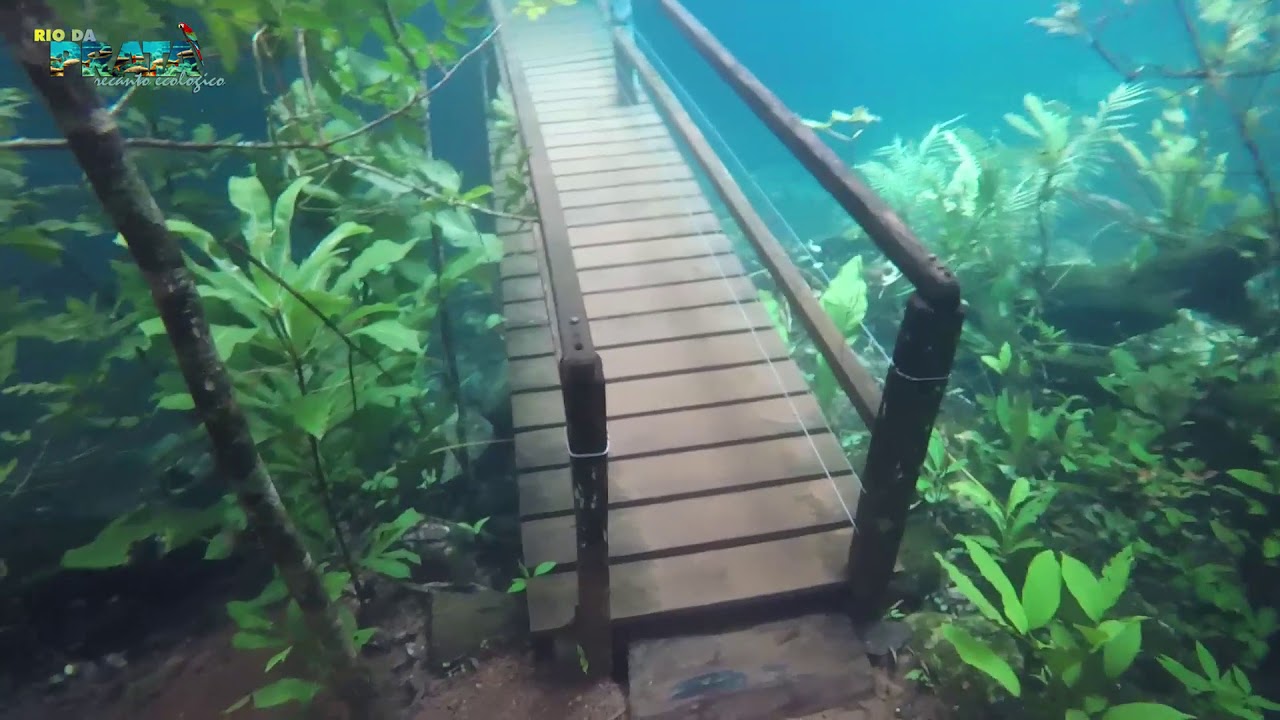 The Olho D'Agua river in Bonito, Brazil flooded in early February after a heavy rain, submerging the jungle around it. You'll see in this trippy video that the river's waters are so crystal clear that the path, vegetation and foot bridge are perfectly visible underwater.

The footage was captured by a park guide at Recanto Ecologico Rio da Prata, an ecotourism group that operates in that area. They write:

This was a rare episode, and by the end of the day the river had returned to its normal level.

We would like to inform that on this date the tour operated normally until the 1st stretch, which, although it is also above normal, all the tourists left satisfied because they experienced a different and special day in the attraction!