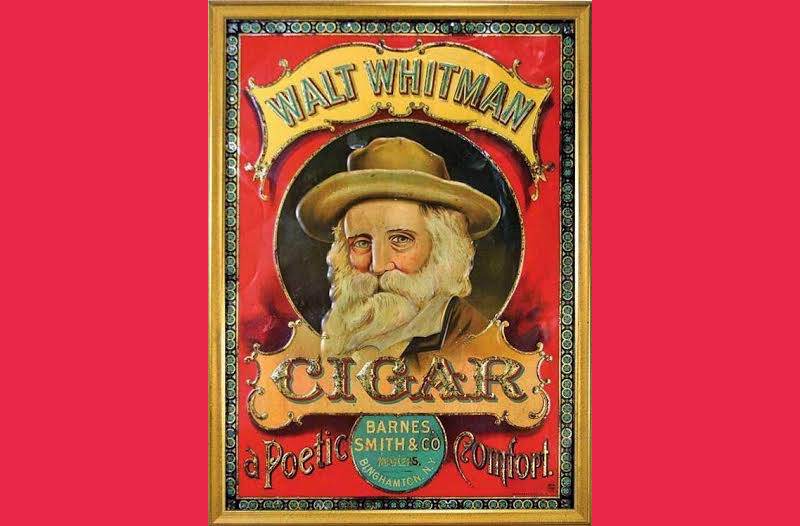 About four months ago, cigar boxes, matchbooks, and coffee tins bearing the name and likeness of 19th-century poet Walt Whitman began appearing on the Show & Tell section of Collectors Weekly. Turns out, as Lisa Hix learned when she spoke to Ed Centeno, who posted the items from his personal collection, Whitman's name and bearded visage were once used to sell everything from tobacco products and booze to apple sauce. For the record, Whitman did not smoke, and as the son of an alcoholic father, he argued on behalf of Temperance causes. Presumably, Whitman ate apple sauce, but marketers never asked his permission to to sell stuff when he was alive (1819-1892), nor was Whitman ever compensated for the use of his good name.

During the Gilded Age, new industrial technology, particularly in chromolithography and tin-stamping, caused an explosion in product branding and advertising with colorful product labels, tin boxes, and tin signs.