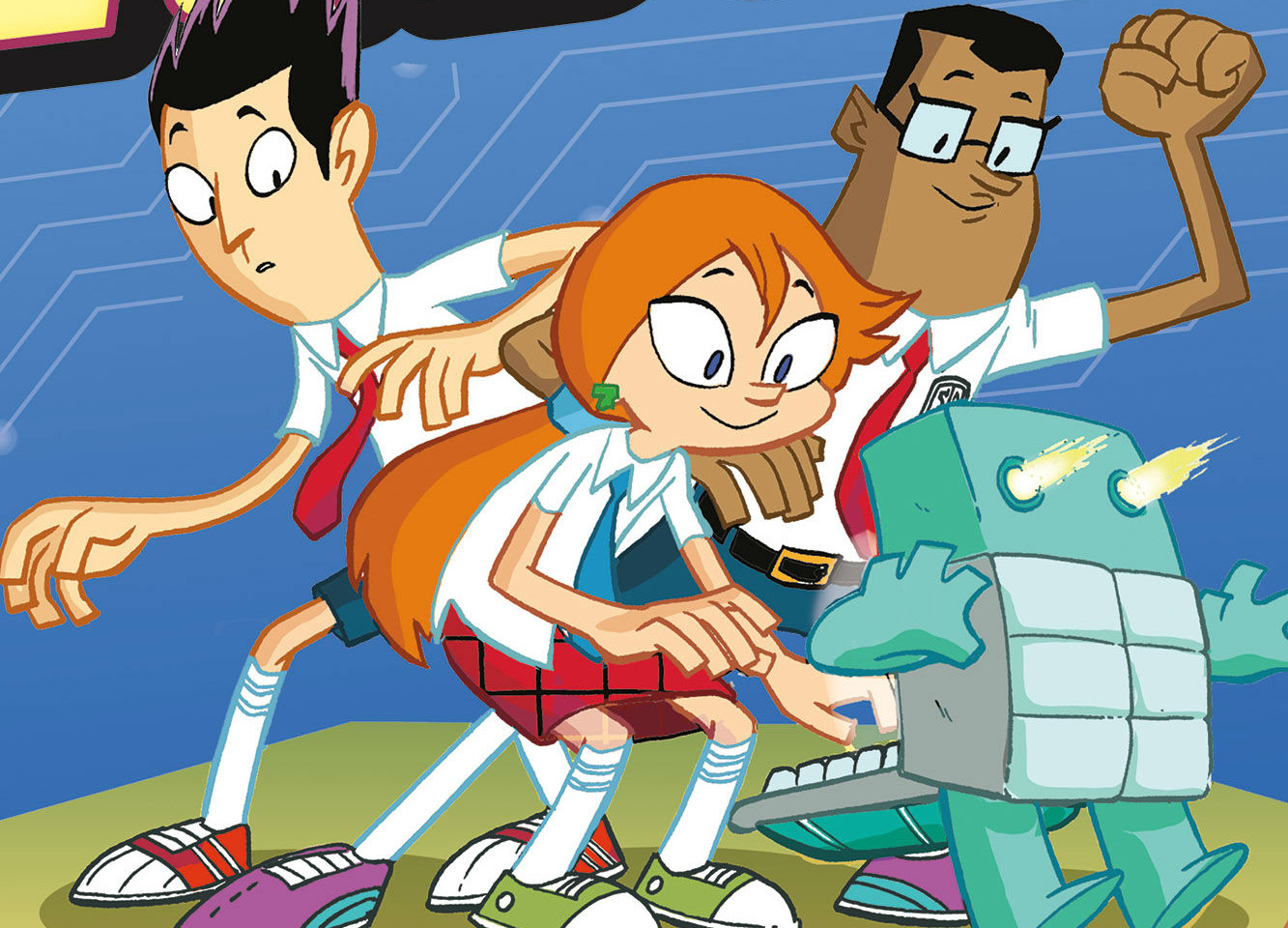 Gene Luen Yang and Mike Holmes's Secret Coders is volume one in a new series of ingenious graphic novels for young kids that teach the fundamentals of computer science.

Hopper hates her new private school. The other kids are jerks, especially the basketball boys, which sucks, because she loves basketball and figures she could take any of them on the court.

Then there's the grumpy janitor, who gets very upset if you get too close to his shed. Plus, what's up with all those weird, four-eyed birds?

As the mystery of Stately Academy deepens, Hopper makes a friend -- Eni -- and the two of them discover the deep secrets lurking beneath their school, while learning about algorithms, loops, debugging, and binary notation.

Yang won a National Book Award for his brilliant 2006 book American Born Chinese, and blew my socks off with his Shadow Hero, which revisted the first-ever Asian-American comics hero. He's also behind the great gamer comedy Level Up and the kids' comic Prime Baby.

Basically, everything he does is GREAT, but this is especially great as a way of introducing an important subject in a way that makes it exciting, fun, and humorous. Bravo.