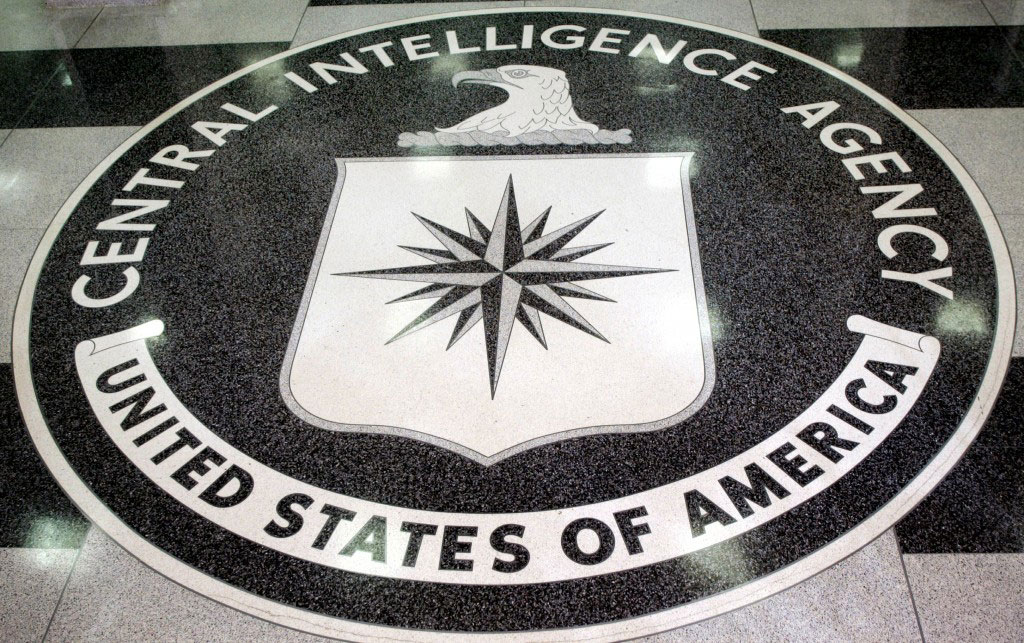 Confidential research files on human rights abuses in El Salvador were stolen from a human rights organization in Washington state, just weeks after that same organization sued the CIA for refusing to release documents related to those very same abuses.

The Seattle Weekly reports that “A computer and hard drive belonging to Professor Angelina Godoy containing copies of the files, testimonies, and personal information of Salvadoran survivors was stolen from her office under highly suspicious circumstances.”

A Salvadorean views an image of the Catholic Bishop Arnulfo Romero on the anniversary of his assassination in El Salvador. REUTERS

Who did it? Police are looking into it, and any leads haven't been made public.

1. Random laptop thief
2. CIA, or a former operative, or something like that
3. Someone operating in the interests of El Salvador's military, elite, and conservative right wing

I suppose it's possible for 2 and 3 to be one and the same, but for the sake of this blog post, let's treat them as different.

Whoever it was broke in to the University of Washington's Center for Human Rights a few weeks after the center sued the CIA for withholding documents about massacres that took place during the twelve-year civil war in El Salvador.

The CIA and other elements of the U.S. government played a prominent role in that war. Many thousands of citizens were tortured, raped, or killed.

The 1980s in El Salvador were a relentless succession of unbelievable horrors, year after year, each more inconceivably brutal than the last.

Exhumation of one of the bodies of the the four U.S. nuns and one lay worker who were raped and murdered by Salvadorean soldiers on December 2, 1980 during the civil war. REUTERS

The Center for Human Rights lawsuit against the CIA was filed on October 2, 2015. It charges the CIA with illegally withholding records about a U.S.-backed El Salvador army officer suspected of human rights violations during the war.

The break-in and document theft at the Center for Human Rights happened around the same time as a campus visit to the University of Washington by current CIA Director John Brennan. He wasn't running the CIA in the 1980s, would presumably not be personally implicated in any of the atrocities of that era.

CIA spokesperson Dean Boyd told Stranger, "Your suggestion that CIA had anything to do with this alleged activity is offensive, insulting, and patently false."

Assuming that's true, and we are talking about the nation's spy agency, so, whatever, but: Who else might have wanted the center's files badly enough to break in?

“I'm not sure who to contact as a representative of that group,” he adds.

From what I have learned reporting in Central America, he is right. It's hard to know who's in charge in that group, and that's the point.

But espionage against a US-based human rights group by a foreign intelligence operative working for the El Salvadorian right wing's interests? Sure. That could happen.

The FBI investigates those sorts of hijinks when they take place on American soil with American targets. If the human rights researchers agree that this is a possible scenario, they should probably be reaching out to the FBI with a request for help.

Archival photo of 5 ex-members of El Salvador's national guard accused of raping and murdering three US nuns and one lay worker in 1980.

Professor Godoy told the Seattle Times the center has backups of the stolen data.

“What worries us most is not what we have lost but what someone else may have gained,” the center wrote in a news release about the thefts. “The files include sensitive details of personal testimonies and pending investigations.”

“This could, of course, be an act of common crime. But we are concerned because it is also possible this was an act of retaliation for our work,” the statement continues. “The timing of the incident invites doubt as to potential motives.”

File photo showing part of the scene where six Jesuit priests and two assistants were assassinated on November 16, 1989 in San Salvador.

Here is the complete statement from the UW Center for Human Rights on the break-in.

Sometime between October 15-18, the office of Dr. Angelina Godoy, Director of the University of Washington Center for Human Rights, was broken into by unknown parties. Her desktop computer was stolen, as well as a hard drive containing about 90% of the information relating to our research in El Salvador. While we have backups of this information, what worries us most is not what we have lost but what someone else may have gained: the files include sensitive details of personal testimonies and pending investigations.

This could, of course, be an act of common crime. But we are concerned because it is also possible this was an act of retaliation for our work. There are a few elements that make this an unusual incident. First, there was no sign of forcible entry; the office was searched but its contents were treated carefully and the door was locked upon exit, characteristics which do not fit the pattern of opportunistic campus theft. Prof. Godoy’s office was the only one targeted, although it is located midway down a hallway of offices, all containing computers. The hard drive has no real resale value, so there seems no reason to take it unless the intention was to extract information. Lastly, the timing of this incident—in the wake of the recent publicity around our freedom of information lawsuit against the CIA regarding information on a suspected perpetrator of grave human rights violations in El Salvador—invites doubt as to potential motives.

We have contacted colleagues in El Salvador, many of whom have emphasized parallels between this incident and attacks Salvadoran human rights organizations have experienced in recent years. While we cannot rule out the possibility of this having been an incident of common crime, we are deeply concerned that this breach of information security may increase the vulnerability of Salvadoran human rights defenders with whom we work.

We are gratified by the response of the University of Washington authorities, who are investigating this as a potentially serious security issue and advising our Center on the adoption of new security measures in the future. We are also grateful for the messages we have received from supportive colleagues near and far. We resolve to redouble our commitment to promoting hands-on human rights education across the University of Washington, and to strengthen our partnerships with Salvadoran human rights defenders seeking truth, justice, and reparations for survivors of crimes against humanity.

Forensic anthropologists excavate a burial site in El Mozote in this 1992 photo. A UN "Truth Commission" report says the Salvadoran army and its US-trained Atlacatl Battalion were directly responsible for more than 200 deaths in the 1981 massacre.