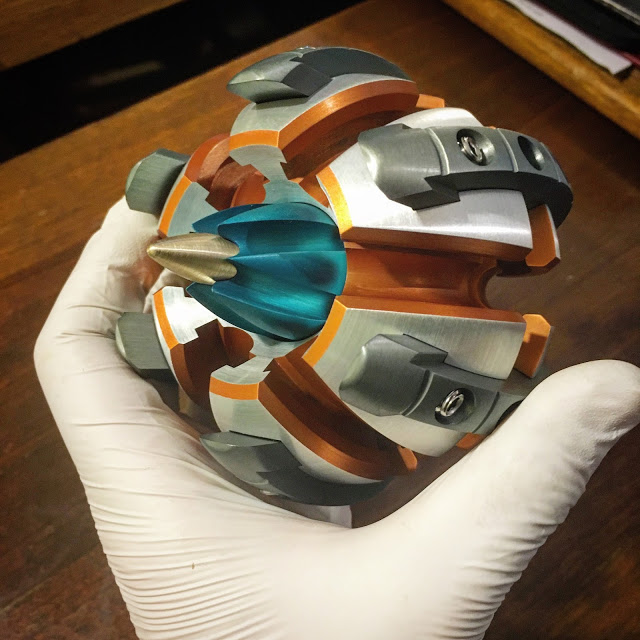 Sculptor/machinist Chris Bathgate (previously) has posted the details of his latest piece, "BT 622212453353."

As is Bathgate's custom, he's posted CAD renderings, blueprints, video from the machining process, and the final amazing piece. As with so many of Bathgate's other pieces, this looks like the vital, key component in a machine from our distant and wonderful future.