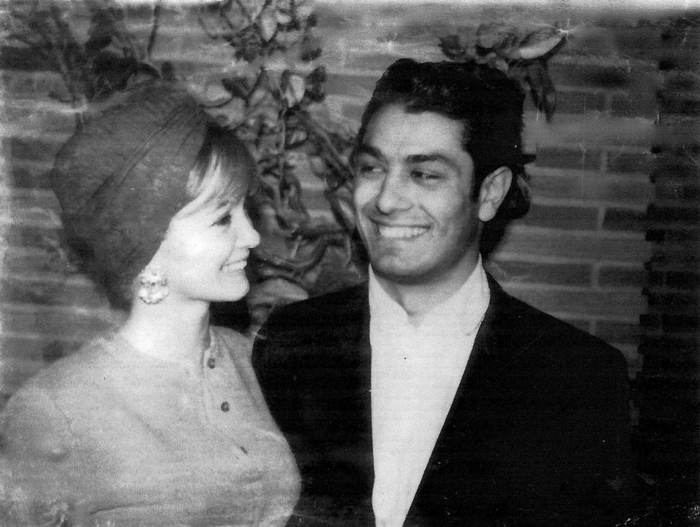 Joe Bardizbanian and his high school girlfriend, Jackie, who he later married

My late father-in-law, Joe, was born and raised in Los Angeles, growing up during the heyday of hot rod culture. When I knew him he drove Corvettes and Camaros. In high school, Joe and his brother built Soap Box Derby racers. I recently came across an essay about Soap Box Derby racing that Joe wrote in 1957 when he was a student at Los Angeles High School. His teacher wrote, "This is one of the most *interesting* reports I've ever read!" He received a C+, though, because his spelling was atrocious (It was bad when I knew him, too - I think he had undiagnosed dyslexia) and he neglected to add footnotes or a bibliography. Here's a PDF scan of the essay.

Instead of feeding high school kids who were too poor to pay their lunch bill, a high school in Minnesota humiliated the students in front of the other students by throwing their hot meals in the garbage and giving them cold food instead, reports NBC News. After the school was exposed, they decided an apology […]

Badin High School, a private Catholic school in Cincinnati, Ohio, announced that starting next year, all students will undergo mandatory drug tests at least annually. According to the school’s new policy, “If a student refuses to test when required to do so, the test will be treated as a positive test.” The policy does not […]

(UPDATED BELOW) Abby Smith, a graduating senior at West Virginia’s Parkersburg High School, claims that her principal, Kenneth DeMoss, plagiarized his commencement speech from Ashton Kutcher’s monologue at the 2013 Teen Choice Awards. She originally posted the video above on her Facebook page. According to Yahoo Lifestyle, “the principal directed Yahoo Lifestyle to the district’s […]