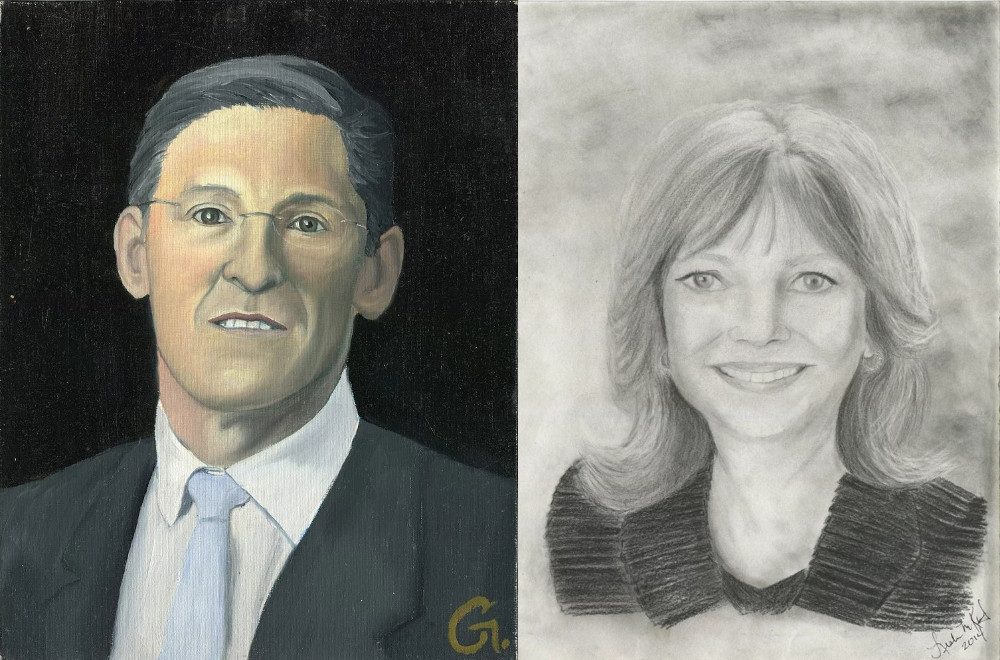 Jeff Greenspan and Andrew Tider are two artists who spent more than a year working with prisoners to identify CEOs who presided over terrible crimes without any personal penalties, and paired convicts with CEOs, commissioning portraits of the rich people whose impunity protected them from the inmates' fate.

The $40 limited-edition hardcover already sold out, but you can join a waitlist. All profits "towards efforts to elect Bernie Sanders as president."

Subjects were chosen based upon the leadership of companies with the longest and/or most egregious histories of crimes against the environment, economy, and society. The featured CEOs held their titles at the time the portraits were commissioned, though some have since stepped down.1 In certain cases, a CEO was not in power when the highlighted crimes were committed, but were included because they either held other senior positions during the time in question, or did little to change corrupt business practices once assuming executive control.

The imprisoned artists were chosen not only for their skills, but also for the crimes they are serving time for, which are similar to those committed by our group of represented companies. All artists were aware of the project’s scope and goals before agreeing to collaborate with us. We chose a CEO for each artist and included a background on the crimes their company had committed. Each artist was compensated for their contribution.

Captured: People in Prison Drawing People Who Should Be