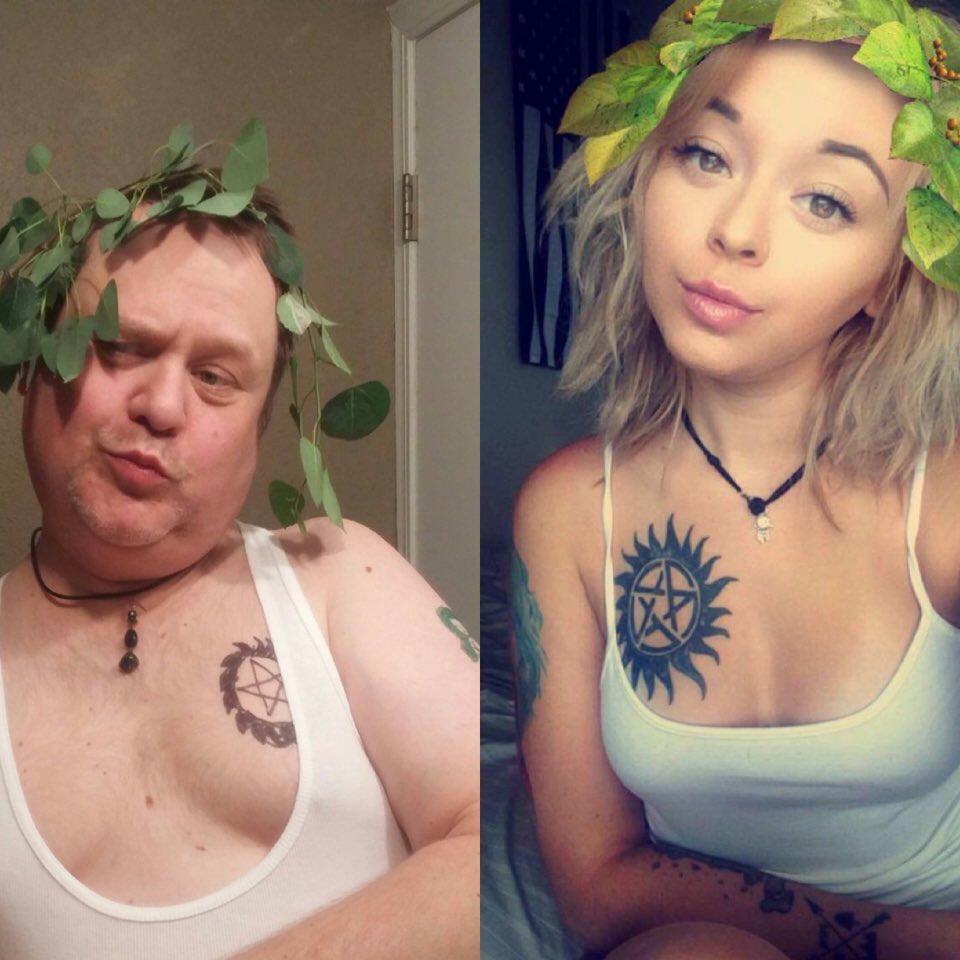 “So my daughter has been posting sexy selfies of herself and instead of telling her to stop, well, I thought of something better,” a dad from Washington state wrote on Instagram.

Cassie Martin’s dad Burr re-created one of Cassie's photos, presented the images side by side, and posted the double image on Instagram. A meme was born.

Burr Martin sounds like a cool dad. He is the host of the Lilac City Comicon costume contest, a comedian (obviously), and a costume maker.

THIS IS MY FATHER #wtf pic.twitter.com/hpROzrdHDR

MY FATHER HARASSES ME ON SOCIAL MEDIA pic.twitter.com/r7AHKzAyVZ

A while ago some of you saw i was copying the photos my daughter would post on her Facebook, mainly because i told her it looked like she was trying to escort Japanese businessmen and to tone it down. She did a little but i still kept it up because sometimes I'm just bored. So heres the latest. #nailedit #baddad

Happy birthday to my boy