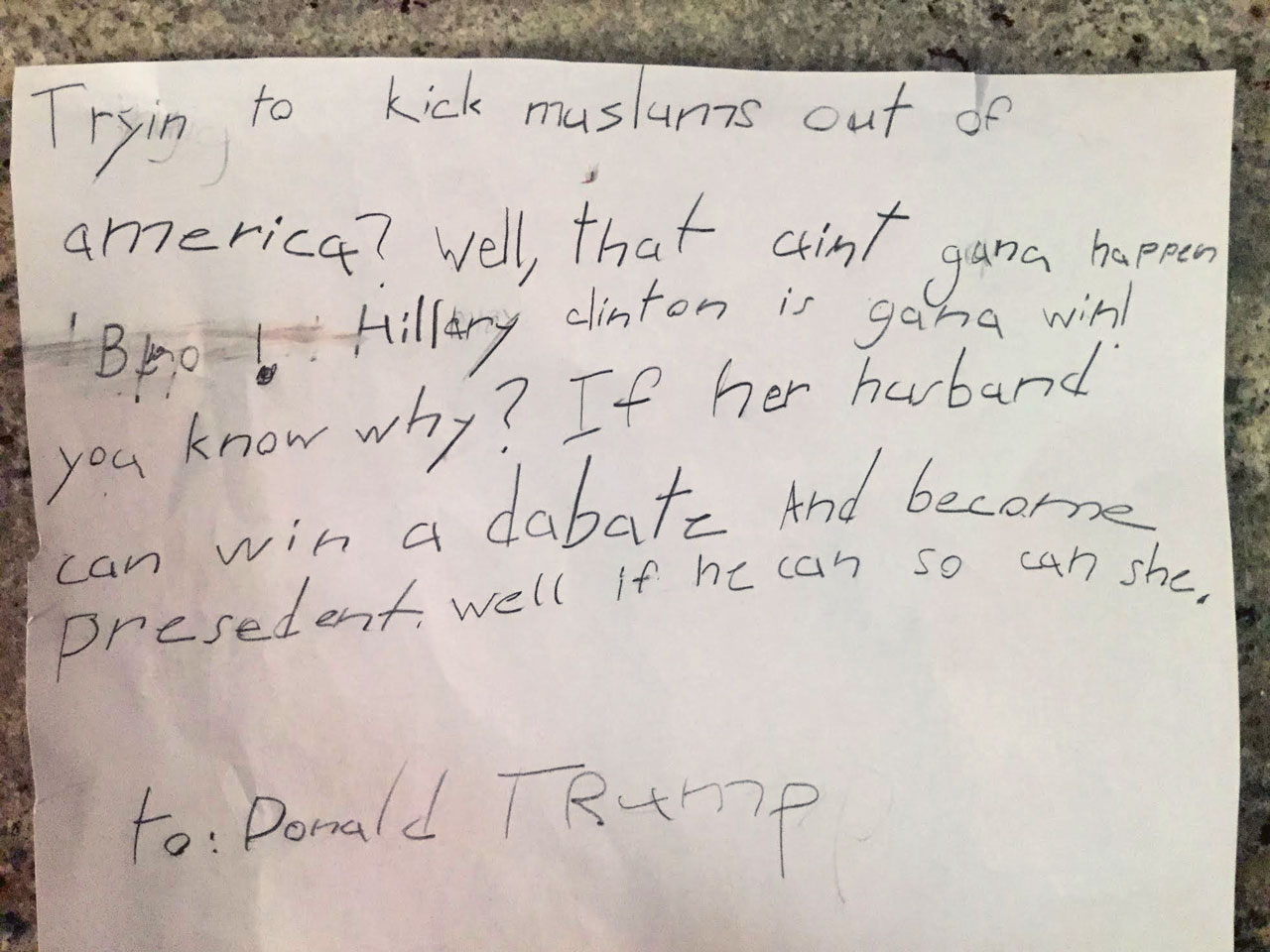 This excellent letter to Trump was written by the young son of a family friend. Not only is he right about everything, but right in a way that really gets under the Trumpkins' skin. A real gift, that!