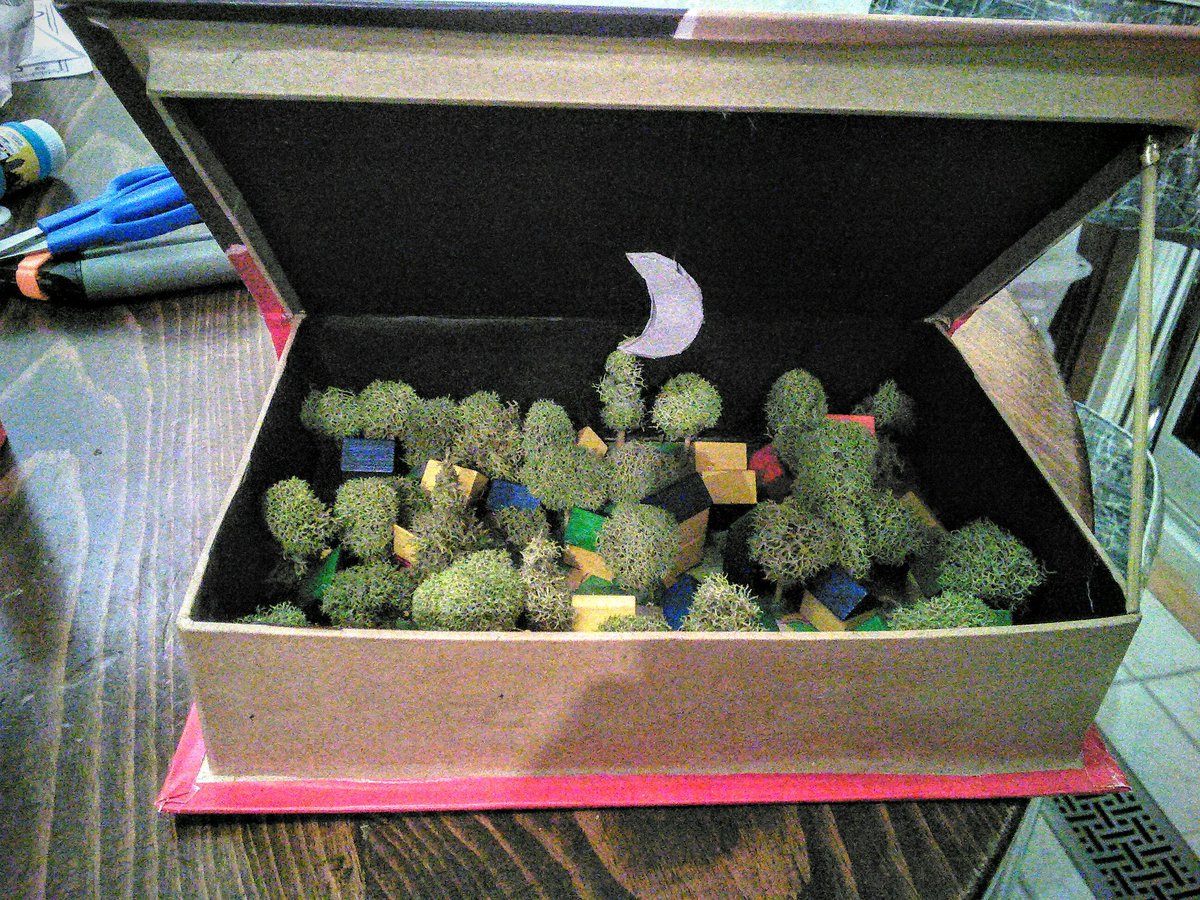 Jim Jones writes, "I have been playing The Warren, Marshall Miller's role playing game about being rabbits, with my three kids for a little over a month. We play in an area based on our suburban neighborhood. My second grade daughter chose to do a diorama of a suburb for school so she could talk about our game and we built it so that it appeared in the rule book for the role playing game itself."

Scout finished her suburban diorama of our playset from @bullypulpit_hq & @Mease19's #TheWarren #RPG complete with trees & a hanging moon. pic.twitter.com/JcvI6kw18J