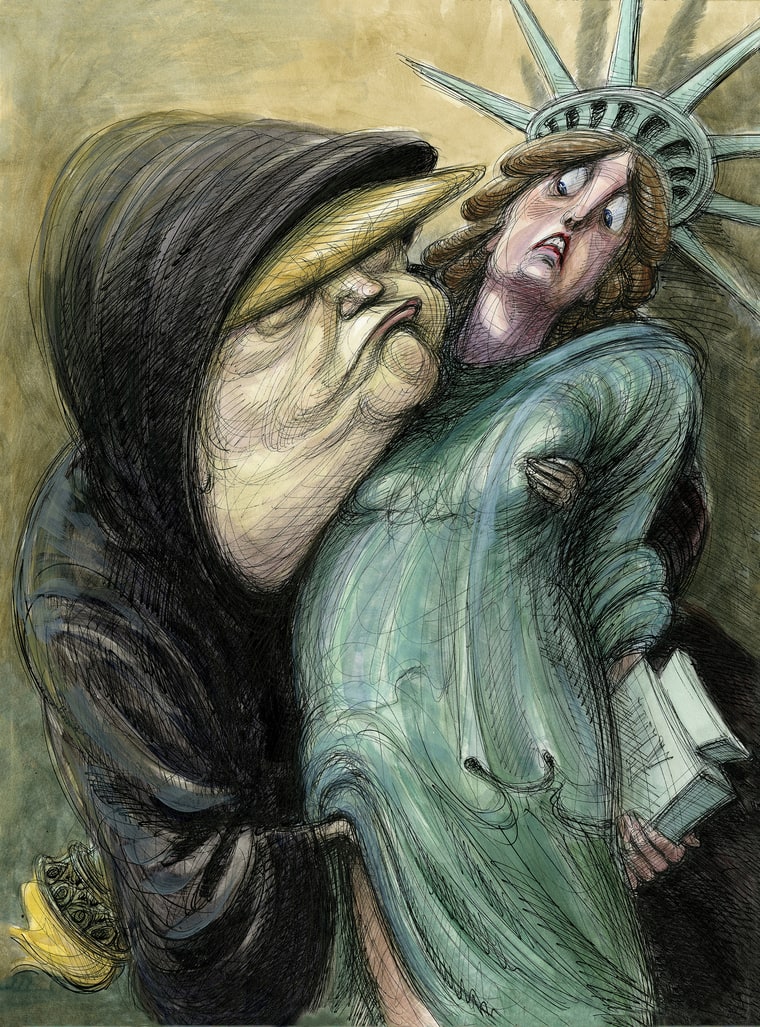 Matt Taibbi (previously), the best, angriest Rolling Stone writer today, turns in the definitive column on Trump's death-spiral as the mercurial millionaire realizes that he isn't going to win, and starts to lash out.

These last days of the Trump campaign are the beginning, not the end. After the election, Trump and his supporters will continue to agitate for an all-white America, and the Republican party will continue to fracture under the stresses imposed by a base that believed all the bullshit conspiracy theories the party has promulgated since the Reagan years.

10 a.m.: "It is so nice that the shackles have been taken off me and I can now fight for America the way I want to."

Shackled! Only in America can a man martyr himself on a cross of pussy.

There's an old Slavic saying about corruption: One thief sits atop another thief, using a third thief for a whip. The campaign trail is similarly a stack of deceptions, with each implicit lie of the horse race driving the next.

Lie No. 1 is that there are only two political ideas in the world, Republican and Democrat. Lie No. 2 is that the parties are violent ideological opposites, and that during campaign season we can only speak about the areas where they differ (abortion, guns, etc.) and never the areas where there's typically consensus (defense spending, surveillance, torture, trade, and so on). Lie No. 3, a corollary to No. 2, is that all problems are the fault of one party or the other, and never both. Assuming you watch the right channels, everything is always someone else's fault. Lie No. 4, the reason America in campaign seasons looks like a place where everyone has great teeth and $1,000 haircuts, is that elections are about political personalities, not voters.

These are the rules of the Campaign Reality Show as it has evolved over the years. The program is designed to reduce political thought to a simple binary choice and force more than 100 million adults to commit to one or the other. Like every TV contest, it discourages subtlety, reflection and reconciliation, and encourages belligerence, action and conflict.

The Fury and Failure of Donald Trump
[Matt Taibbi/Rolling Stone]