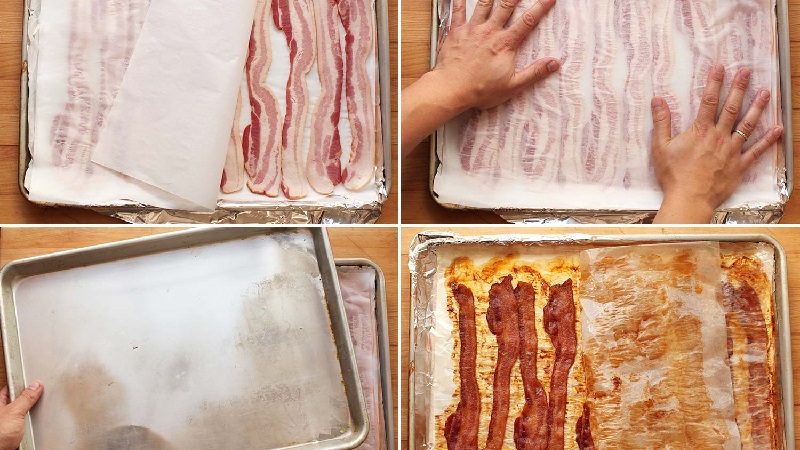 Lifehacker shows you how to "avoid soft, chewy bacon that pulls out of the sandwich on the first bite." It involves baking the bacon slices between two baking sheets.