Trump holds up mask of self at final FL pre-election rally, says it's “beautiful” and “just like me” 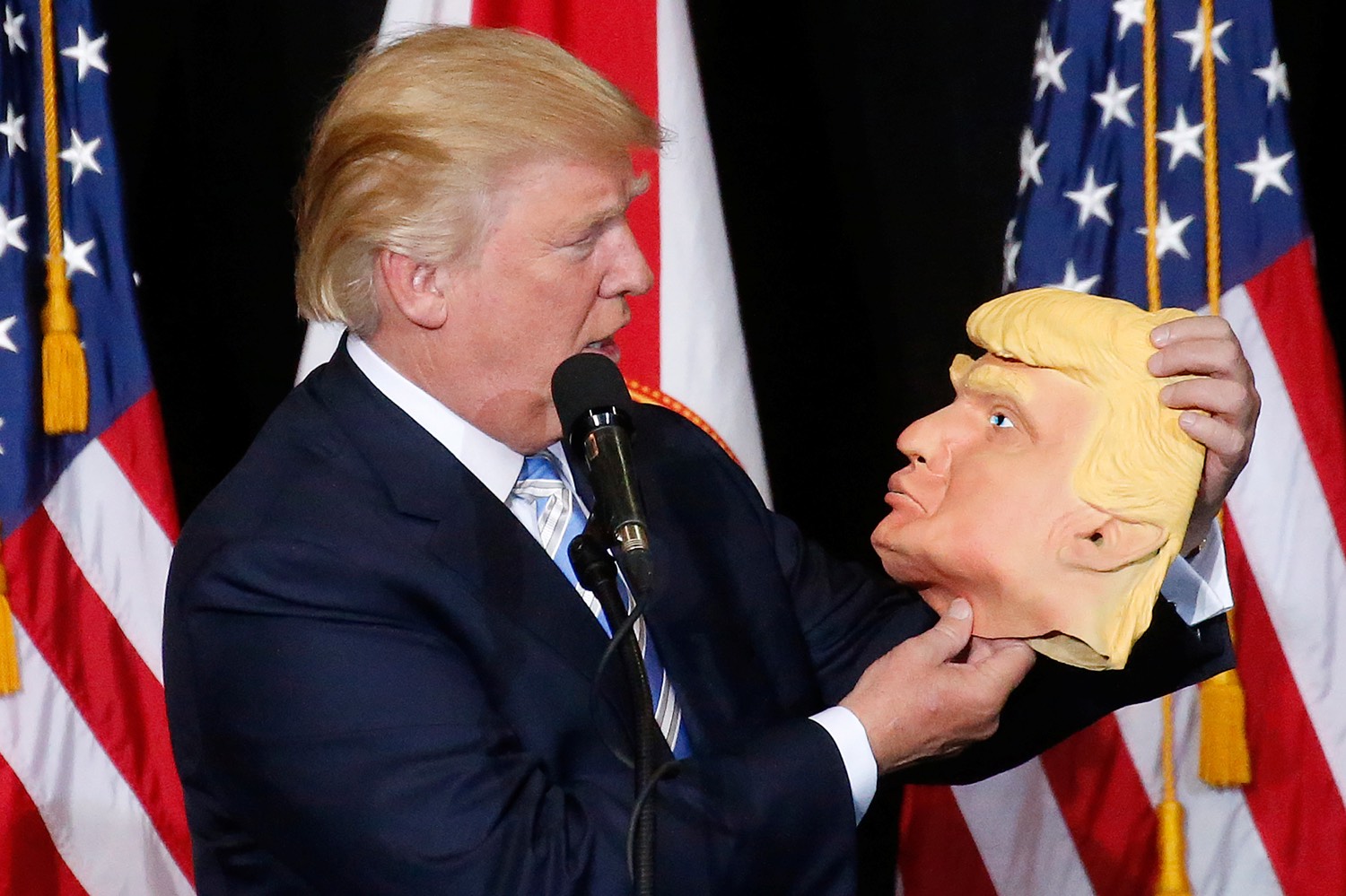 Because Donald Trump, that's why.

Trump just held up a mask OF HIS OWN FACE at his rally, and the crowd went wild.
"Nice head of hair, I'll say that", he says of the mask. pic.twitter.com/oewiuzn3Rf

From Mashable's coverage of one of the long campaign's weirdest final moments:

At a rally in Florida today, Trump reportedly noticed a supporter wearing the creepy mask and decided to leave the stage to retrieve it for a talking point.

"Nice head of hair, I’ll say that," Trump added, before throwing his plastic face back into the crowd.

Photo: Republican presidential nominee Donald Trump looks at a mask of himself as he speaks during a campaign rally in Sarasota, Florida, U.S. November 7, 2016. REUTERS/Carlo Allegri

TRUMP: i have a confession. i am not donald trump. there is no donald trump. i am a satirical character… [removes mask] just kidding suckers pic.twitter.com/fei4mu87VU