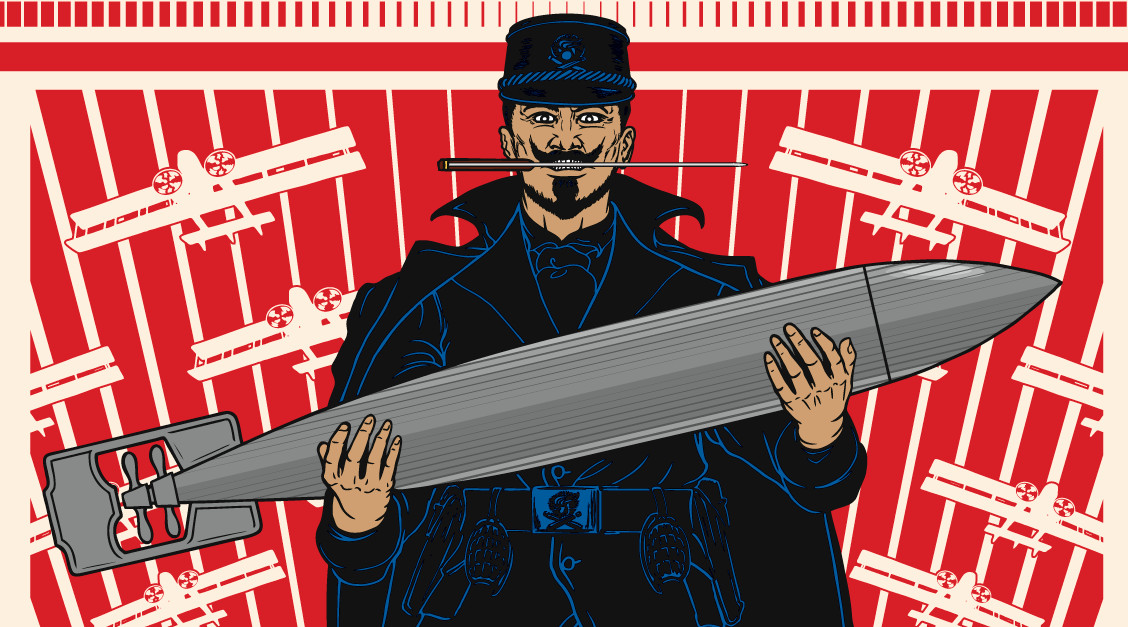 Between 1920 and 1924, the Free State of Fiume was a real-world "pirate utopia," an ungoverned place of blazing futurism, military triumphalism, transgression, sex, art, dada, and high weirdness. In Bruce Sterling's equally blazing dieselpunk novella Pirate Utopia, the author turns the same wry and gimlet eye that found the keen edges for steampunk's seminal The Difference Engine to the strange business of futurism.

Though the real-world Fiume was snuffed out without much ceremony in '24, in Sterling's fantasy, it continues to flourish, led by an improbable collection of both real and imaginary persons known by epithets: The Pirate Engineer, The Ace of Hearts, the Prophet, the Art Witch. One of the delights of this novel is the gradual revelation as to which of these are actual historical personages (Wikipedia is your friend here), and how many of the wild improbables of the story are based on historical fact.

But beyond the alt.history game of who's that, and how's that -- fun as this is to play with everyone from Hitler to HP Lovecraft to Robert E Howard to Harry Houdini -- the exciting thing about "Pirate Utopia" is how exciting it makes weird politics, and how terrible. We're living in a moment where politics have gone decidedly nonlinear, and there are wild swings that are smashing out the from every angle, then knocking out its frame and the wall it stood in for good measure. In an era in which both Bernie Sanders and Donald Trump can get a crack at the Oval Office, while a self-described dictator takes office in the Philippines and the UK falls under the leadership of a charmless, second-rate Thatcher, weird politics are all the rage and we can use any help we can get in understanding them.

Sterling's Pirate Utopia captures both the excitement and the shabbiness of Futurism and fascism, the sense of trembling anticipation and the terror of merciless technocratic rule where corruption is considered efficient and meritocratic. For all that this is a very cerebral story -- much of the prose is distant and precise, like a Futurist's oiled machine stamping out words -- Sterling masterfully winds in all manner of blood and love and sorrow into the story, not to mention the odd belly-laugh.


This novella is a beautiful object, with the most amazing super-modernist black and white interior illustrations and a cover that beggars belief. In addition to Sterling's novella, the covers contain a typically grumpy and thoughtful introduction from Warren Ellis, an postscript by gonzo sf writer Chris Brown, an interview between Rick Klaw and Sterling, and a note by Sterling's Italian editor. All this metadata fleshes out the tale in a most satisfying way, giving it the context it deserves, tracing the connections between sf, Futurism, war, fascism, and the weird times we find ourselves living in.