Reviving the GWB-era American Apology shirt for the Trump era 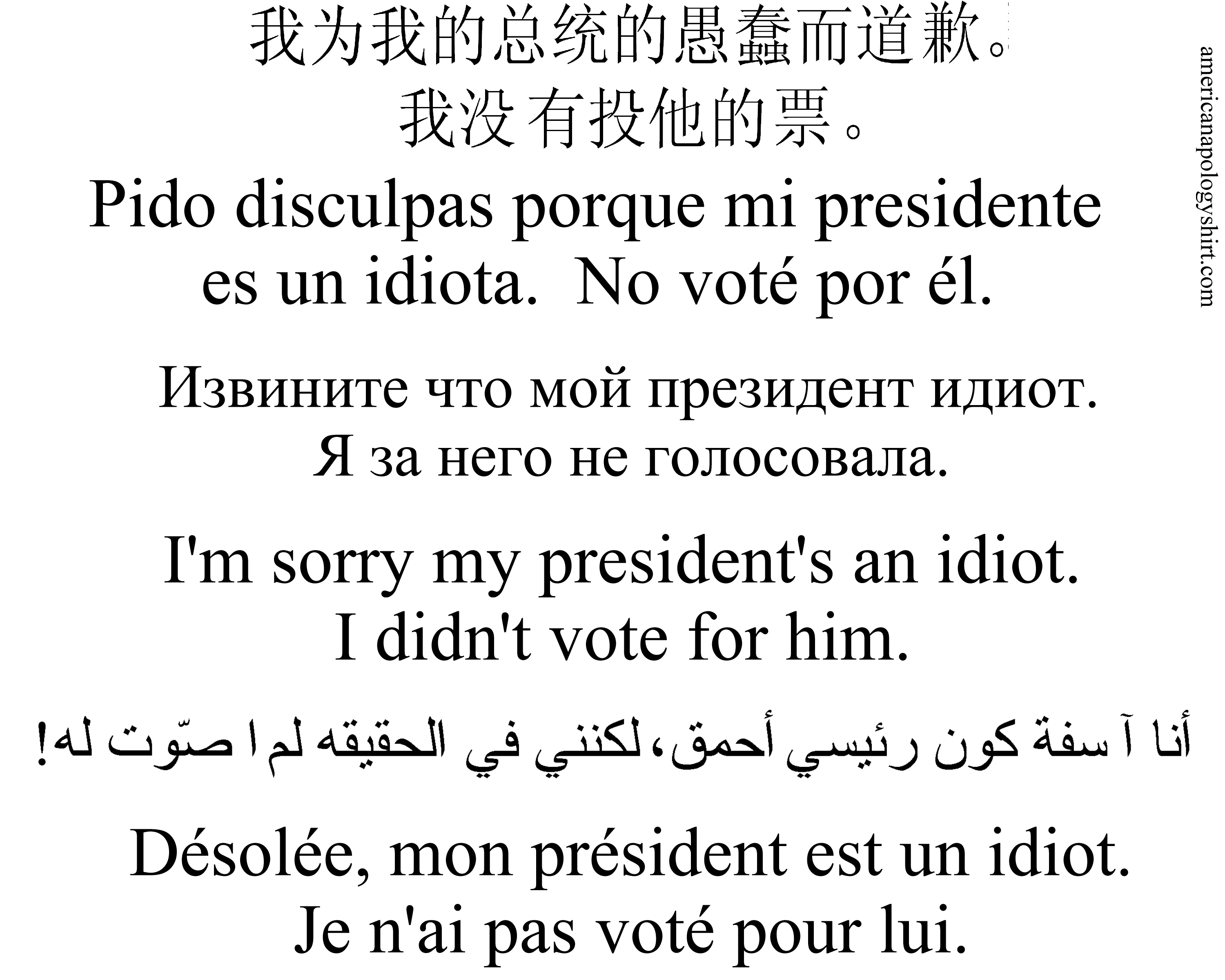 Remember the GW Bush years, when Americans abroad sported this tee: ""I'm sorry my president is an idiot. I didn't vote for him" (with the message in five languages)?

It made more than $10,000 in profit, which was donated to Doctors Without Borders.


It's back, and all profits go to the same charity.