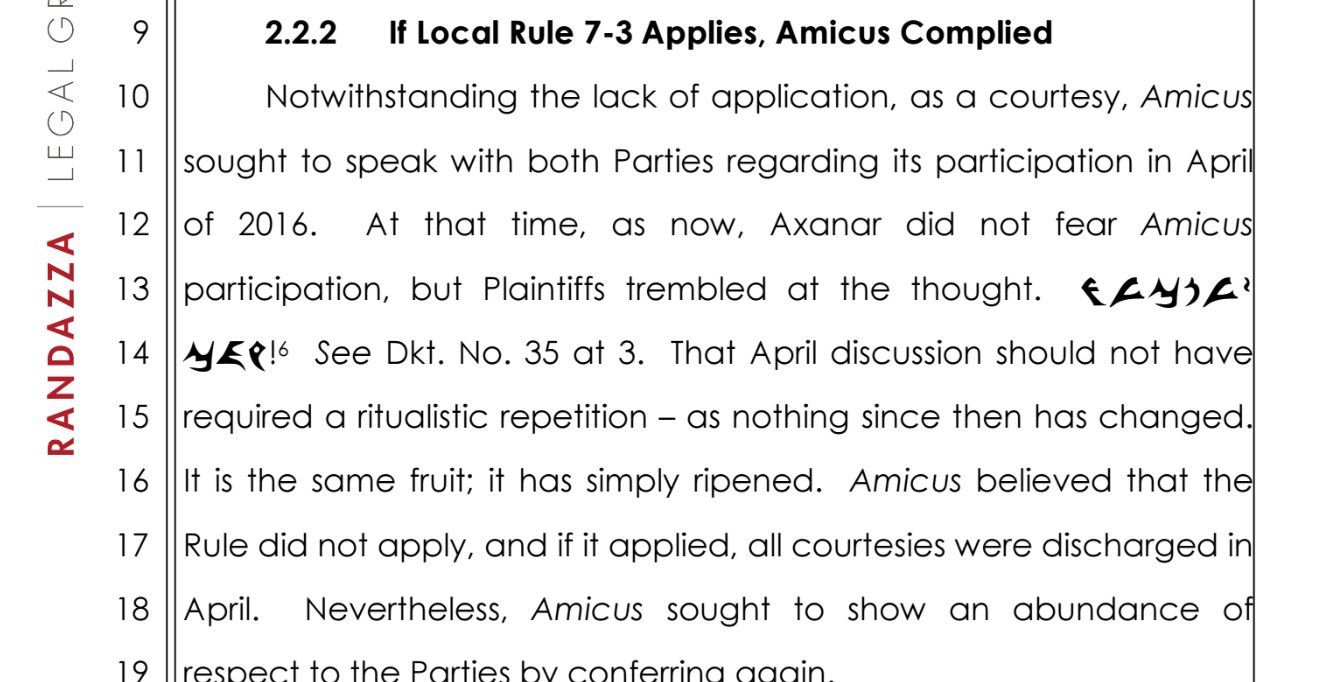 2016's lawsuit between Paramount and the Trekkers who crowdfunded Axanar, a big-budged fan film set in the Trekverse, continues its slog through the courts, and continues to be enlivened by the interventions of the Language Creation Society, an organization of synthetic language enthusiasts, whose amicus briefs ask the court to reject Paramount's claim of a copyright in the synthetic language of Klingon, which has many speakers, including some who learned it as their first language.

On December 30, Paramount asked the court to reject the linguists' arguments, and yesterday, the linguists replied, once again filing a brief that mixes passages in Klingon with the more customary English-language legal arguments.

Marc Randazza, the lawyer who wrote the linguists' brief, clearly had a very good time with it, couching it in often-hilarious aggro-Klingon dudgeon that is a treat to read, especially when compared to the usual dry legal tinder.

Notwithstanding the lack of application, as a courtesy, Amicus

sought to speak with both Parties regarding its participation in April

participation, but Plaintiffs trembled at the thought. n/

required a ritualistic repetition – as nothing since then has changed.

It is the same fruit; it has simply ripened. Amicus believed that the

Rule did not apply, and if it applied, all courtesies were discharged in

April. Nevertheless, Amicus sought to show an abundance of

respect to the Parties by conferring again.

REPLY IN SUPPORT OF RENEWED

APPLICATION FOR LEAVE TO FILE