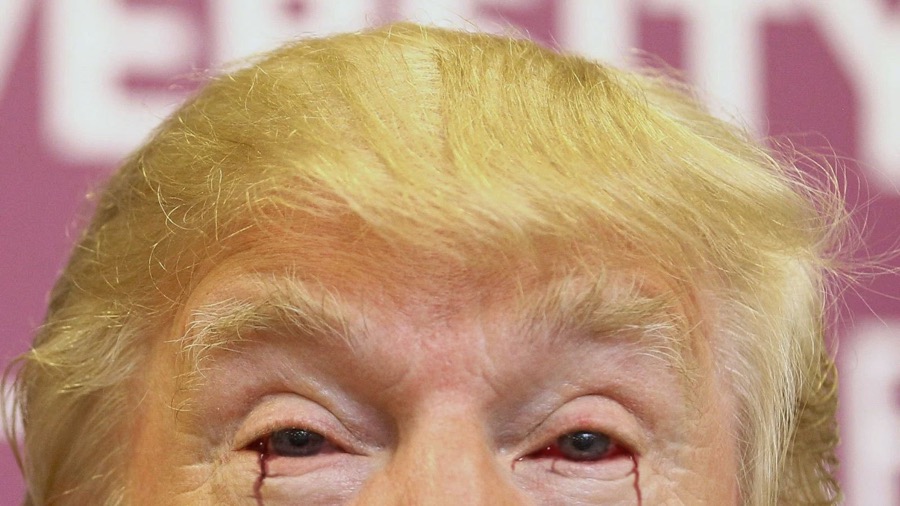 This is so much bigger than Watergate. America has not seen a political crisis of this magnitude for generations. The other shoe drops on #Flynngate tonight. Trump, Manafort, and Flynn's activities “raise a red flag.” The U.S. government is in "unbelievable turmoil." Who is in charge of America?

CNN, The New York Times (which has a #FlynnGate ticktock here), and Washington Post are all reporting that the Trump White House is in freefall. “Flynn’s ouster has White House in crisis mode.”

Top Trump team members including Paul Manafort and Mike Flynn were in “constant contact” with senior Russian officials during the 2016 presidential campaign in which Trump lost the popular vote to Hillary Clinton, but somehow ended up in the White House anyway. No comment on any of this tonight from the White House as of the time of this blog post.

A “Dark Cloud of Russia” now hangs over the administration. Chilling. And this is real.

Your nightly reminder that at the center of this strengthening hurricane are the tax returns.

High-level advisers close to then-presidential nominee Donald Trump were in constant communication during the campaign with Russians known to US intelligence, multiple current and former intelligence, law enforcement and administration officials tell CNN.

President-elect Trump and then-President Barack Obama were both briefed on details of the extensive communications between suspected Russian operatives and people associated with the Trump campaign and the Trump business, according to US officials familiar with the matter.

Officials emphasized that communications between campaign staff and representatives of foreign governments are not unusual. However, these communications stood out to investigators due to the frequency and the level of the Trump advisers involved. Investigators have not reached a judgment on the intent of those conversations.

Adding to US investigators' concerns were intercepted communications between Russian officials before and after the election discussing their belief that they had special access to Trump, two law enforcement officials tell CNN. These officials cautioned the Russians could have been exaggerating their access.

In other words, FBI went public w/ fruitless concerns about loose handling of emails while holding back actual conspiring w/ a rival power.

CNN says they have names of Trump campaign officials who communicated with Russian operatives. Not releasing yet because seeking comment.

When Comey argued against telling the White House about Flynn, his thinking was apparently that the FBI shouldn't be "the truth police." pic.twitter.com/bIgSb9xw3r

my theory is that Manaforts denials may be technically true because he was talking to Ukraine proxies. just a theory mind you.

Post story also says FBI intercepted Flynn/Kislyak call "using capabilities provided by the [NSA]," though not sure what exactly that means. pic.twitter.com/j3zvunVXF5

In retrospect picking fights with journalists and the intelligence community simultaneously may have been a poorly considered move.

It's a race now between the NYT, CNN and the Washington Post on this story. https://t.co/zq9UA5myT4

When does the GOP get sick of this roller coaster and finally just impeach him and take their chances with the base?

The Timeline of Michael Flynn’s Phone Call With Russia: Who Knew What, and When https://t.co/cPZWeXNfvK

HE SAID THIS TODAY https://t.co/DP3LNUvGAF

"It’s not like these people wear badges that say, ‘I’m a Russian intelligence officer.’” -- @PaulManafort https://t.co/toB5vgJ3eK

US Allies In Europe Have Literally No Idea What’s Going On With The Trump Administration https://t.co/GGKyW0Tvru via @mitchprothero

Dan Rather: "Watergate is the biggest political scandal of my lifetime, until maybe now." pic.twitter.com/sPuriYWfof