Mark Twain's 1900 rewrite of the Battle Hymn of the Republic, strangely apropos today 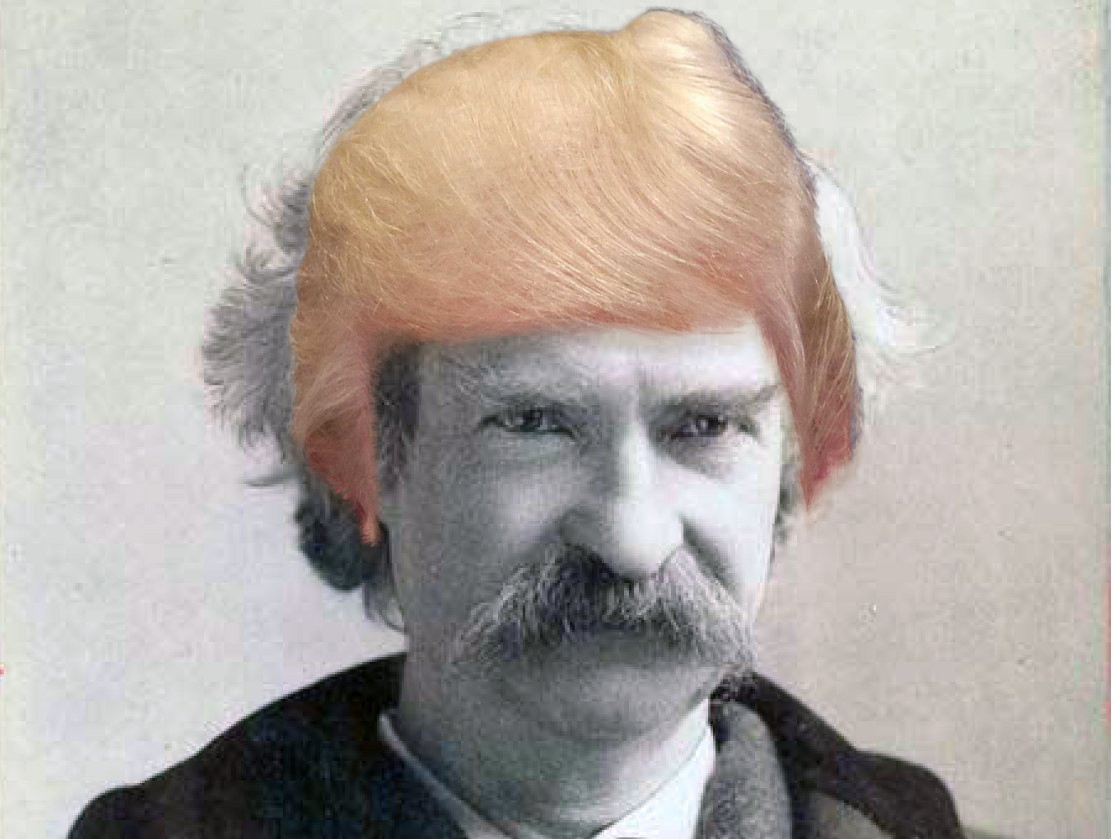 I have seen him in the watch-fires of a hundred circling camps;
They have builded him an altar in the Eastern dews and damps;
I have read his doomful mission by the dim and flaring lamps—
His night is marching on.

I have read his bandit gospel writ in burnished rows of steel:
"As ye deal with my pretensions, so with you my wrath shall deal;
Let the faithless son of Freedom crush the patriot with his heel;
Lo, Greed is marching on!"

We have legalized the strumpet and are guarding her retreat;*
Greed is seeking out commercial souls before his judgement seat;
O, be swift, ye clods, to answer him! be jubilant my feet!
Our god is marching on!

In a sordid slime harmonious Greed was born in yonder ditch,
With a longing in his bosom—and for others' goods an itch.
As Christ died to make men holy, let men die to make us rich—
Our god is marching on.

The Battle Hymn of the Republic, Updated
[Wikipedia]