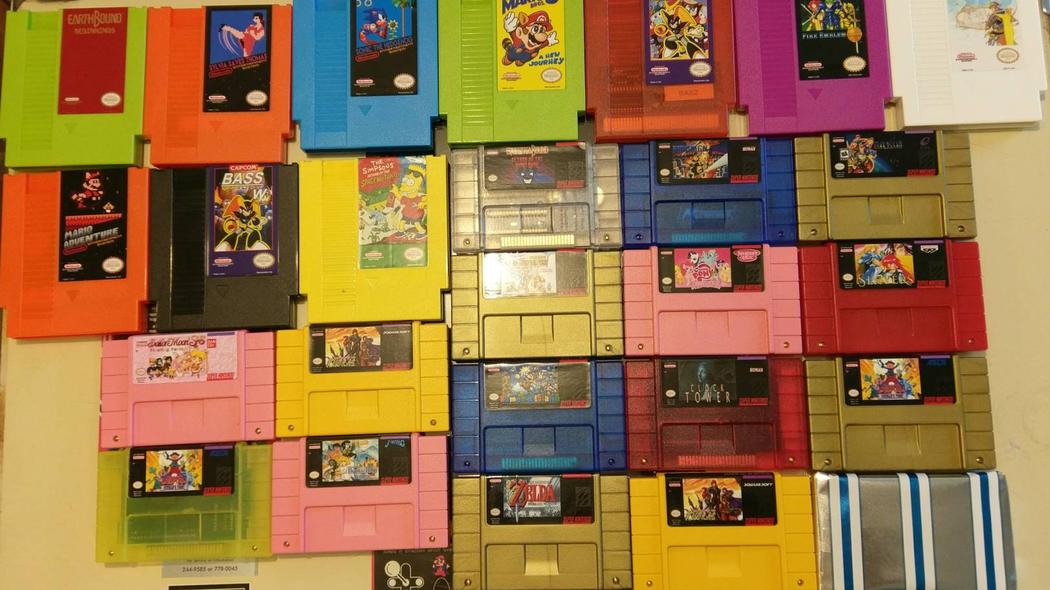 Josh Jacobson is a Nintendo cartridge hacker who makes homebrew cartridges for games that were never released for NES/SNES, complete with label art and colored plastic cases that makes them look like they came from an alternate universe where (for example), there was a Nintendo version of Sonic the Hedgehog.

Jacobson sells his cartridges through his Stupid Geeks Etsy Store. He casts them as a counterpoint to the Nintendo Classic, a DRM-locked "retro-console" that plays 30 games and can't be expanded without either committing a potential felony or getting permission from Nintendo.

He learned his trade from John Riggs's Youtube series, and he takes requests, counting on flying below Nintendo's radar and/or receiving their benign neglect.

But Jacobson's work stands out for the work he puts into it. In a sense, it elevates his work above mere piracy. He learned the foundations for what he knows about making reproduction cartridges from YouTube's John Riggs, and continues to learn from other hobbyists about aspects like injection molding and printing. He originally planned to buy labels from an artist on DeviantArt, but scrapped those plans when he realized how much it'd drive up costs. Now, he or a friend design them all on Photoshop. The labels themselves come from a laser printer using 1.5 mil laminating film. He either uses motherboards pulled and repurposed from old games or (more expensively) brand-new ones custom-made for the purpose, using a soldering iron to place the EPROM chips containing the games themselves. Even the cartridge shell is impressive, being made by Mortoff Games, which owns a mold for original SNES cartridges and uses an injection mold to make cartridges that look near-identical to the ones used in 1992. As these come in different colors, the final version's often more attractive than any licensed cartridge. He always tests his games on official equipment before his ships them, but sometimes errors pop up on unofficial consoles. In most cases, fitting the cartridge with a Game Genie, an early cartridge attachment for cheats, seems to fix the issues.

"I am always probing and trying to make my product better," he said. "The amount of labels that I have thrown away because I was not happy with how they turned out is quite a large number."