A Clinton-era tech law has quietly, profoundly redefined the very nature of property in the IoT age 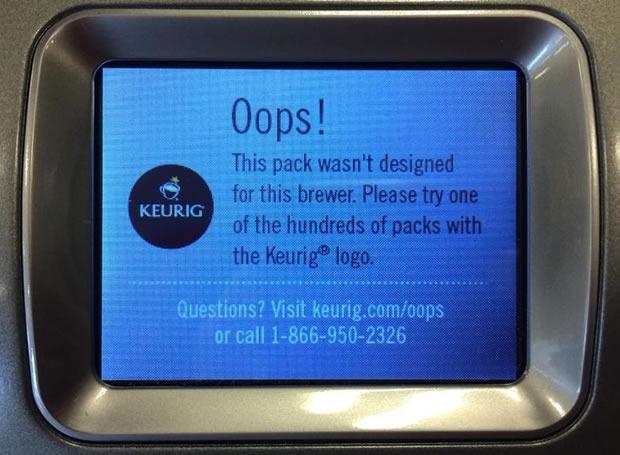 An excellent excerpt from Aaron Perzanowski and Jason Schultz's The End of Ownership: Personal Property in the Digital Economy on Motherboard explains how Section 1201 of the 1998 Digital Millennium Copyright Act -- which bans tampering with or bypassing DRM, even for legal reasons -- has allowed corporations to design their products so that using them in unapproved ways is an actual felony.

But companies can design their products so that you have to break DRM to thwart their preferences -- and since breaking DRM is illegal, using your own property in the way that suits you best becomes a literal federal crime.


If that wasn't bad enough, this is a nightmare for security -- because courts and DRM advocates have taken the position that laws like DMCA 1201 ban any disclosure of defects in DRM (if you know about the DRM designer's mistakes, you have a good guess about where to look to disable the DRM). That means that security researchers routinely refuse to look at DRM-enabled devices, and when they do look at them, they are told by their lawyers that they can't publish their findings.

There are versions of this law in virtually every country in the world (Israel is the notable exception) -- the US Trade Rep has made the passage of these laws a priority for more than a decade.


We excerpted another chapter from the book in November, and later on explained how the sale of the book had been limited by Apple's overreaching policy. You can and should read the whole thing -- it's excellent.

The Keurig saga began in 2012, when several of the coffee company's key patents expired. Those patents covered its pod-based brewing system. Users placed single-serving portions of coffee or other brewed beverages in the machine, hit a button, and got a consistent drink each time. Without patent protection, Keurig had to contend with competition. As it turned out, Keurig wasn't a fan. Rival companies started producing compatible pods and undercutting Keurig's prices. In response, Keurig released new machines featuring "Keurig 2.0 Brewing Technology which reads each lid to deliver on the promise of excellent quality beverages." Marketing speak aside, what that meant was that Keurig's machines would only accept pods embedded with a code that verified your coffee came from a licensed supplier. And it also killed off its generic pod that let you supply your own coffee grounds. If you tried to brew rogue coffee, your Keurig machine greeted you with this cheerful message.

The public reaction was swift and vicious. Angry Facebook posts and irate Amazon reviews flooded the Internet. As Brian Barrett wrote, "A coffee maker limiting your choice of grind seems as out of place as a frying pan dictating your eggs." It didn't take long for competitors to capitalize on this outrage by cracking the Keurig DRM. Coffee drinkers even figured out how to defeat it with a single piece of tape. Soon Keurig was persuaded to reverse course, at least in part. It appears to be sticking to its guns when it comes to blocking pods from competitors, but it announced plans to reintroduce the My K-Cup product that allowed coffee drinkers to fill their own pods. Nonetheless, the company and its investors have paid a price for its overreach. Keurig stock dropped by 10 percent in the wake of the DRM controversy.