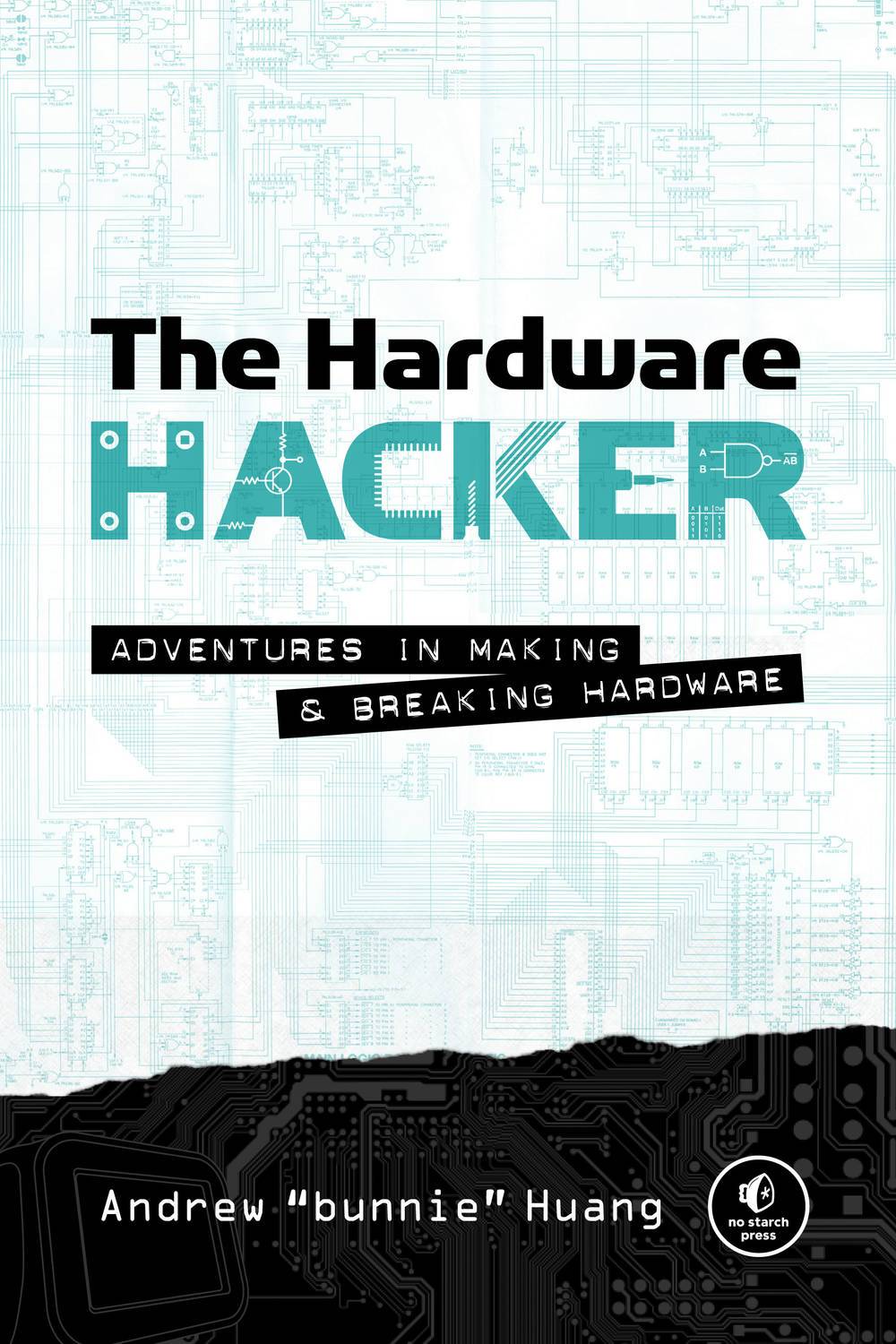 Last December, I published my review of Andrew "bunnie" Huang's astoundingly great book The Hardware Hacker: Adventures in Making and Breaking Hardware -- without realizing that the book's release had been delayed because the published decided to do some very fancy and cool stuff with the printing process.

Finally, though, the book is available, as of today. In honor of that, I'm republishing my review, below:

I've been writing about genius hardware hackers Andrew "bunnie" Huang since 2003, when MIT hung him out to dry over his book explaining how he hacked the original Xbox; the book he wrote about that hack has become a significant engineering classic, and his own life has taken a thousand odd turns that we've chronicled here as he's founded companies, hacked hardware, become a China manufacturing guru, and sued the US government over the anti-hacking provisions of the DMCA.

Though Huang has done a superb -- and generous -- job of documenting his life and accomplishments so that others can follow in his footsteps, it can all be a little dizzying to contemplate. But in The Hardware Hacker: Adventures in Making and Breaking Hardware, Huang gathers all these threads together, revealing the common ethic behind everything he does: a celebration of ingenuity, problem-solving, craft, technique and curiosity.

The book draws heavily on Huang's own hardware projects, which have included substantial manufacturing in south China, with many hard-won lessons about how things can go wrong and how to make them go right. This is more than a checklist or memoir: it's nothing less than a masterclass in modern manufacturing, and even if you never plan on manufacturing anything, reading these chapters will explain the material world around you like few other texts.

This dovetails neatly into a meditation on the differences between Western and Chinese approaches to "intellectual property" and the way this has informed the manufacturing processes whose outflows are all around us. In these chapters, Huang proves himself to be a thoughtful and incisive critic of law as well as technology, and the thorny questions he raises show up the normal discussion on these subjects up for a shallow scrape over the surface of something deep and difficult.

Huang uses these broad legal and technical passages as a foundation for the second half of the book, which lay out the detective work that Huang did to realize his various hardware challenges, from stick-on soft circuits to an insanely clever device that circumnavigates the law through tight and unsuspected secret creeks that allow him to enter territory that no engineer has ever seen by legal means.

The book concludes with its most speculative and future-looking chapter: a disquisition on the similarities (and differences) between computational bioscience and hardware hacking, based on his work with his "perlfriend" -- his perl-hacking, bioscientist girlfriend -- on hacking genomes.

This is one of those books that will infuriate the people around you, because it's so full of smart little phrases and insights that you'll wear out their patience by reading aloud from it. Buy a second copy to give away.