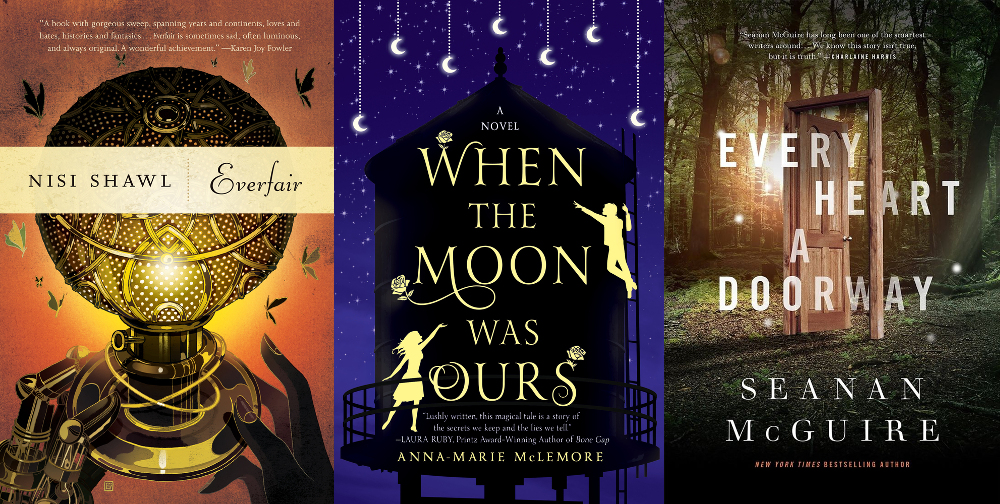 The 2016 winners of the James Tiptree, Jr. Literary Award have been announced, top honors went to When the Moon was Ours by Anna-Marie McLemore, with further honors going to some of my favorite books of 2016: Seanan McGuire's Every Heart a Doorway, Ada Palmer's Too Like the Lightning, and Charlie Jane Anders' All the Birds in the Sky.