Every Heart a Doorway: Seanan McGuire's subversive, gorgeous tale of rejects from the realms of faerie 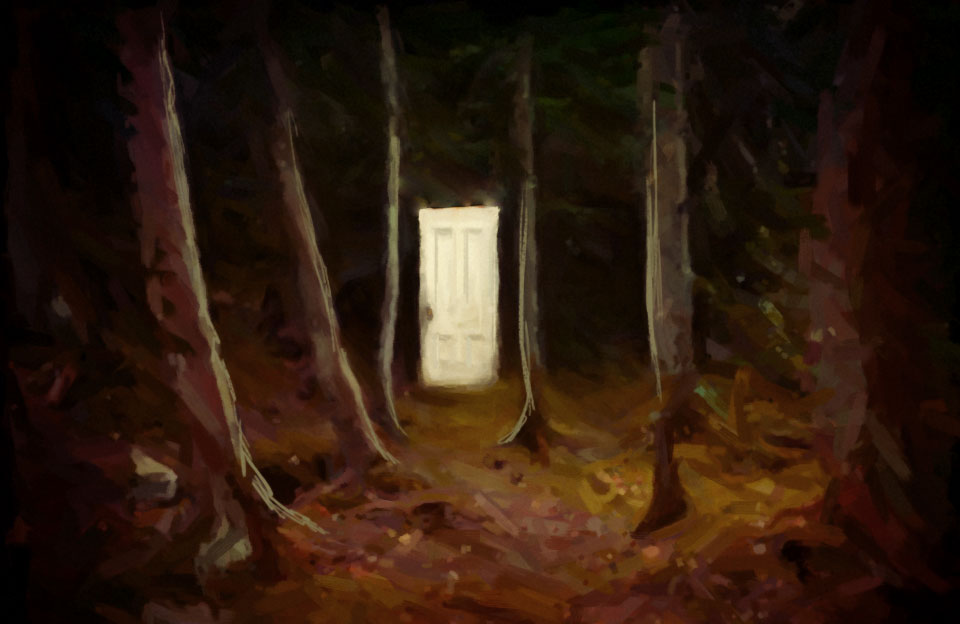 Every Heart a Doorway: Seanan McGuire's subversive, gorgeous tale of rejects from the realms of faerie

Seanan McGuire is one of science fiction's most passionate voices, no matter whether she's writing under her Mira Grant pseudonym or her own name, you always know that you're going to be reading a story that moves and inflames, illuminating the cause of the underdog and the overlooked with stories that are firmly adventures first and allegories second, the best kind of political fiction, and now, with her new novella Every Heart a Doorway, McGuire shows us that she can weaponize that talent and use it as a skewer to pin the reader, right through the heart.

Eleanor West's Home for Wayward Children is a boarding school for children -- almost all girls -- who've gone through a mysterious doorway and found themselves in some fantasy world: wicked worlds, playful worlds, nonsense worlds, brilliant worlds. These adventures these children lived in their worlds changed them forever, as years passed in the other realms and they grew to be people they'd never imagined being before they passed through the door.

And then, for reasons most of them will never understand, they were sent back to the world they'd come from. Our world. For their parents, they'd been gone for months, or maybe a few years in some extreme cases, and all those parents assume that their children were kidnapped, or ran away, or faced some terrible privation, and that's the reason they're full of obviously impossible tales of these other worlds. That's the reason they're so inconsolably, cripplingly sad to have been exiled from the realm of magic.

Eleanor West tells the parents that this is a rare but not unheard-of mental illness among girls on the verge of womanhood, and offers to treat their children at her rural boarding school, a Hogwarts for faerie's refugees. But Eleanor West is herself one of those girls who went to faerie, a High Nonsense realm whose door is open to her now, though she herself is too infected by our world's logic to survive there any longer. She operates the school as a kindness and a mission, to comfort her fellow refugees and offer them coping skills and the pooled knowledge of all those who've walked to other worlds (including those rare, lucky few who've been able to go back to their adopted homes after their exile in our reality).

Nancy has newly come to the school, from a "High Logic" world, an underworld kingdom where she served the lord of death, first as a statue who held so still that she could live on a few sips of pomegranate juice, then as an important courtier. Her lord has sent her back to reality so she can assure herself that she would freely choose the world of the dead forever, but now that she's here, she can't find the way back.

Nancy's arrival at the school barely dents her sorrow, but gradually, she forges relationships with a few of her fellow students, including her roommate, a refugee from a nonsense kingdom. But that's until her fellow students start to turn up murdered and mutilated, and suspicion turns to her.

The secret to writing great allegories is to write great stories, first. McGuire never loses sight of this, and while Every Heart's trenchant commentary about gender, social expectation, and neurodiversity are never hard to find, they're also almost never center-stage. Instead, McGuire's characters live out a story that is romantic, terrifying, and exciting, and this story illuminates the book's politics, rather than conveying them.


McGuire's working in fertile territory here, plumbing the fundamental strangeness of those Narnaiesque stories where magical realms open for children. Lev Grossman's Magicians did it, and touched some of the same themes of loss and exclusion; Valente's Girl Who Circumnavigated Fairyland also plumbed some of the same depths -- hell, even The Phantom Tollbooth got there.

But though Every Heart is part of a rich tradition stretching back past Alice and Wonderland (and even Persephone), and has something to say about all those stories, it is also its own tale, very much a product of the Seanan McGuire sensibility that has seen her so well-loved and well-read since her entry into the field.

This is a gorgeous story: sometimes mean, sometimes angry, and always exciting.

Every Heart a Doorway [Seanan McGuire/Tor.com]