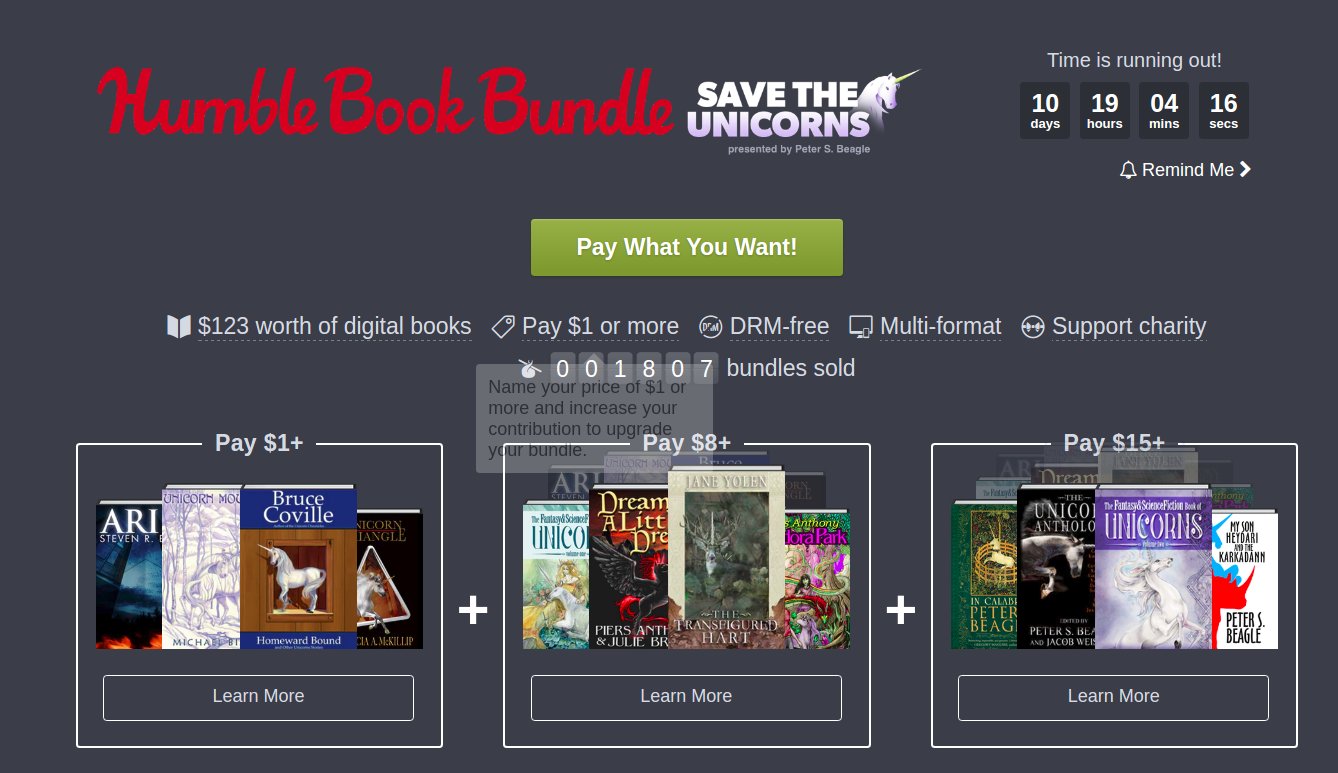 Steven Boyett writes, "Humble Bundle has released a unicorn-themed Bundle, with proceeds to benefit the World Wide Fund for Nature and Fauna & Flora International. For as little as $1.00, you can get Ariel, by Steven R. Boyett (full disclosure: that's me); Unicorn Mountain, by Michael Bishop; Homeward Bound, by Bruce Coville; and Unicorn Triangle, by Patricia McKillip."

"$8.00 gets you five more books. $15.00 gets you five more than that — 14 books for as little as $15. You can elect to pay more than that and still get a fantastic deal while knowing that your money is going to a good cause. Humble Bundle is an innovative, DRM-free bundle of ebooks you can buy by naming your own price — and you can choose how your money is allocated. The Humble Bundle Save the Unicorn offer ends Wednesday, May 3."

Save the Unicorns [Humble Bundle]