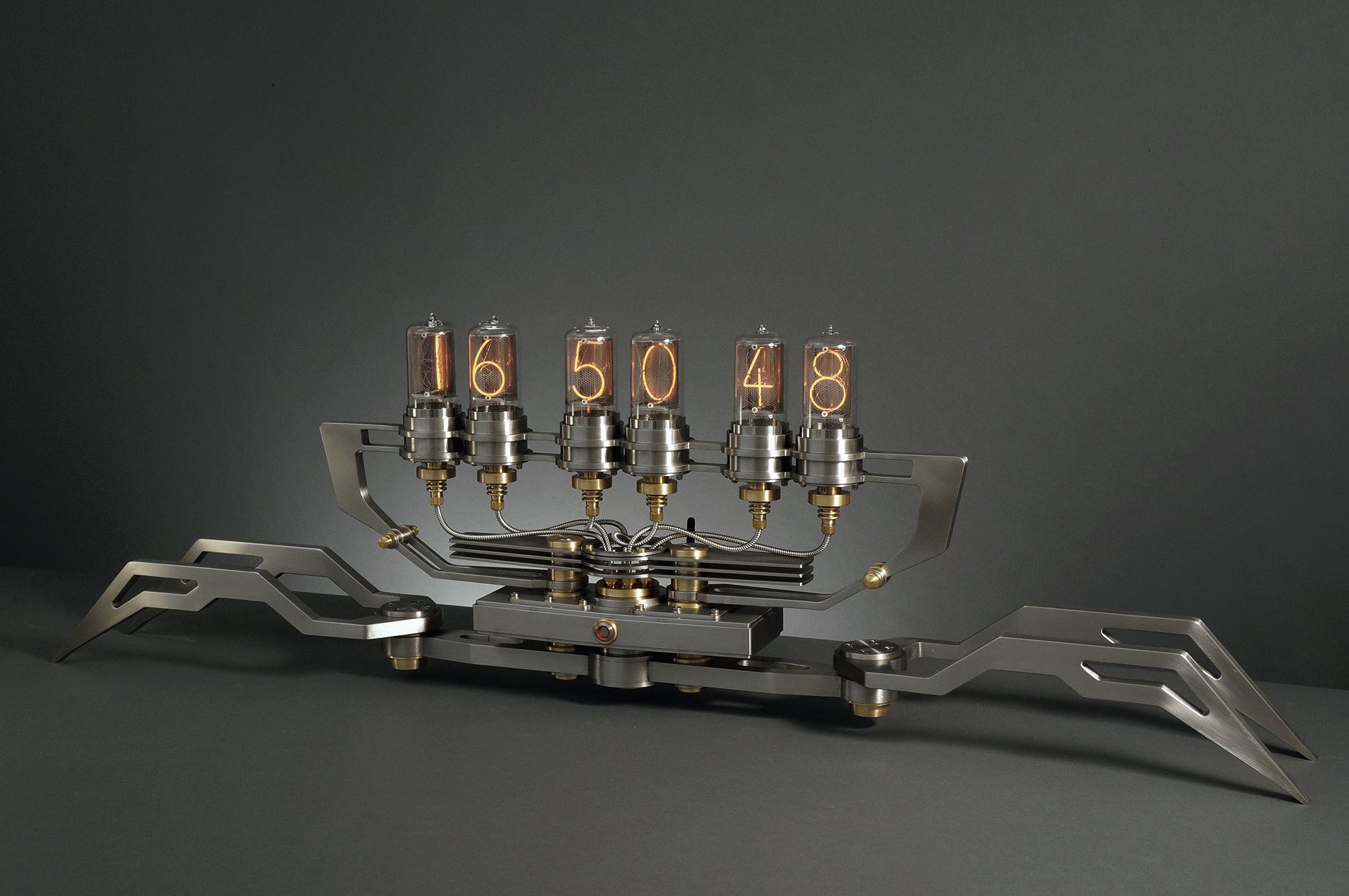 Regrettably, it is also part of the Internet of Shit, being connected to your home wifi so that it might synchonize itself to internet time-services.

This week, the M.A.D. Gallery announced that it has teamed up with Frank Buchwald once more to create a second Nixie Machine that is even larger than the original. Working with steel and brass, Buchwald has created a 1.2 meter-long exoskeleton to hold up six tubes, and there is a collection of cables that snake out from the base up to the tubes themselves, adding a little biomorphic design to the mix.