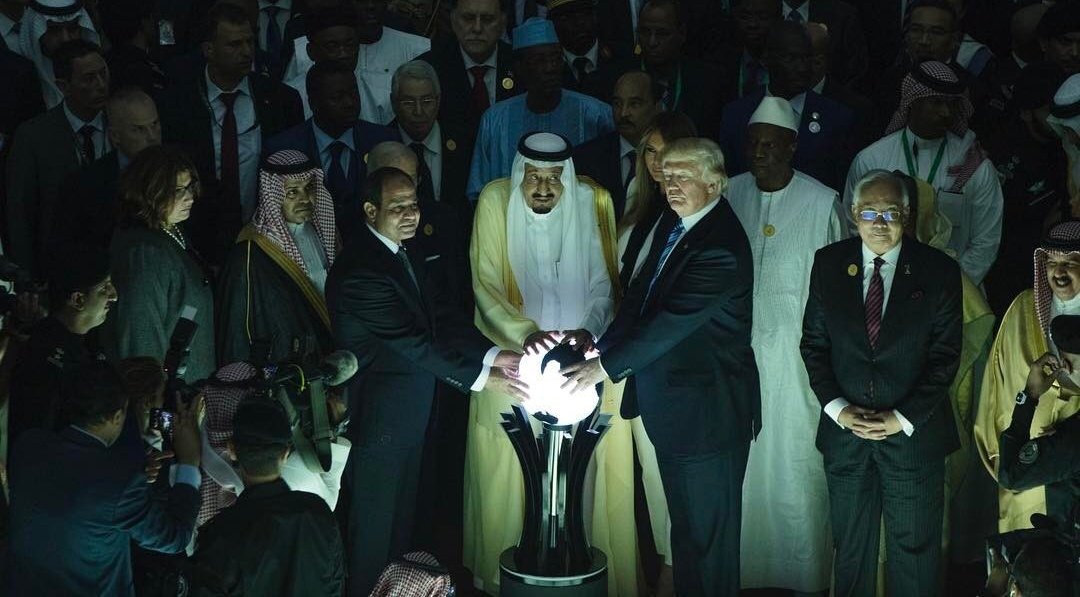 In this photo from the Saudi Press Agency, U.S. President Donald Trump is joined by Egyptian dictator Abdel Fatah al-Sisi and Saudi king Salman bin Abdulaziz at the opening of the so-called "Global Center for Combating Extremist Ideology." The three men ceremonially "activated" the building by placing their hands upon a mysterious glowing orb and making wishes, or something. The internet is perplexed and fascinated by the event's perfect strangeness.