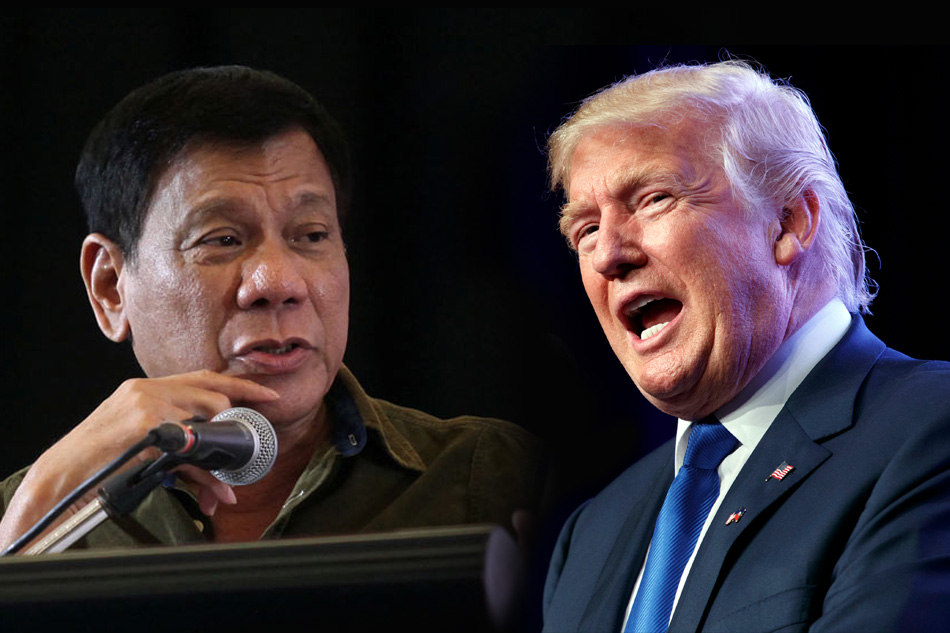 President Trump’s recent phone call with Philippines President Rodrigo Duterte wasn't released in detail by the Trump White House, but someone else leaked it. Trump praises Duterte on the call for doing an “unbelievable job on the drug problem,” which consists of Duterte literally murdering people in extrajudicial street executions.

The transcript, which you can read here in entirety [PDF] comes from the government of the Philippines, and was leaked on Tuesday to The Washington Post and The Intercept.

The Intercept got theirs through an organization based in the Philippines. They and the Washington Post published the full transcript online, without redaction.

Snip from the WaPo:

President Trump labeled North Korean dictator Kim Jong Un a “madman with nuclear weapons” during a private phone conversation with Philippines President Rodrigo Duterte last month, just days before stating publicly that he would be “honored” to meet with Kim.

In the April 29 call, Trump sought Duterte’s input on whether Kim is “stable or not stable” and expressed some satisfaction in North Korea’s recent failed missile tests, noting that “all his rockets are crashing. That’s the good news,” according to a transcript of the conversation made by the Philippines government on May 2 and obtained Tuesday by The Washington Post.

Duterte responded that Kim is “playing with his bombs, his toys” and offered that “his mind is not working well and he just might go crazy one moment.” That prompted Trump to point out that the United States has “a lot of firepower over there,” including “two nuclear submarines” sent by the Pentagon to the region last month.

Later in the call, Trump raised the stakes of the escalating tensions on the Korean Peninsula when he observed: “We can’t let a madman with nuclear weapons let on the loose like that. We have a lot of firepower, more than he has, times 20 — but we don’t want to use it.”

The White House readout describes the call as a “very friendly conversation.”

President Donald J. Trump spoke today with President Rodrigo Duterte of the Philippines. It was a very friendly conversation, in which the two leaders discussed the concerns of the Association of Southeast Asian Nations (ASEAN) regarding regional security, including the threat posed by North Korea. They also discussed the fact that the Philippine government is fighting very hard to rid its country of drugs, a scourge that affects many countries throughout the world. President Trump enjoyed the conversation and said that he is looking forward to visiting the Philippines in November to participate in the East Asia Summit and the U.S.-ASEAN Summit. President Trump also invited President Duterte to the White House to discuss the importance of the the United States-Philippines alliance, which is now heading in a very positive direction.

On the call, Trump enthusiastically endorsed Duterte’s murderous “drug war” and repeatedly addressed the possibility of a U.S. nuclear strike on North Korea. The transcript, which contains numerous typographical errors, is an official document of the Philippine Department of Foreign Affairs. Well-placed sources at the Palace and the Department of Foreign Affairs confirmed its authenticity to reporters for the Philippine news outlet Rappler, which collaborated with The Intercept on this story.

A senior administration official confirms the document’s authenticity to the Washington Post, and declines to comment on what they describe as “a leaked document from a foreign government.”