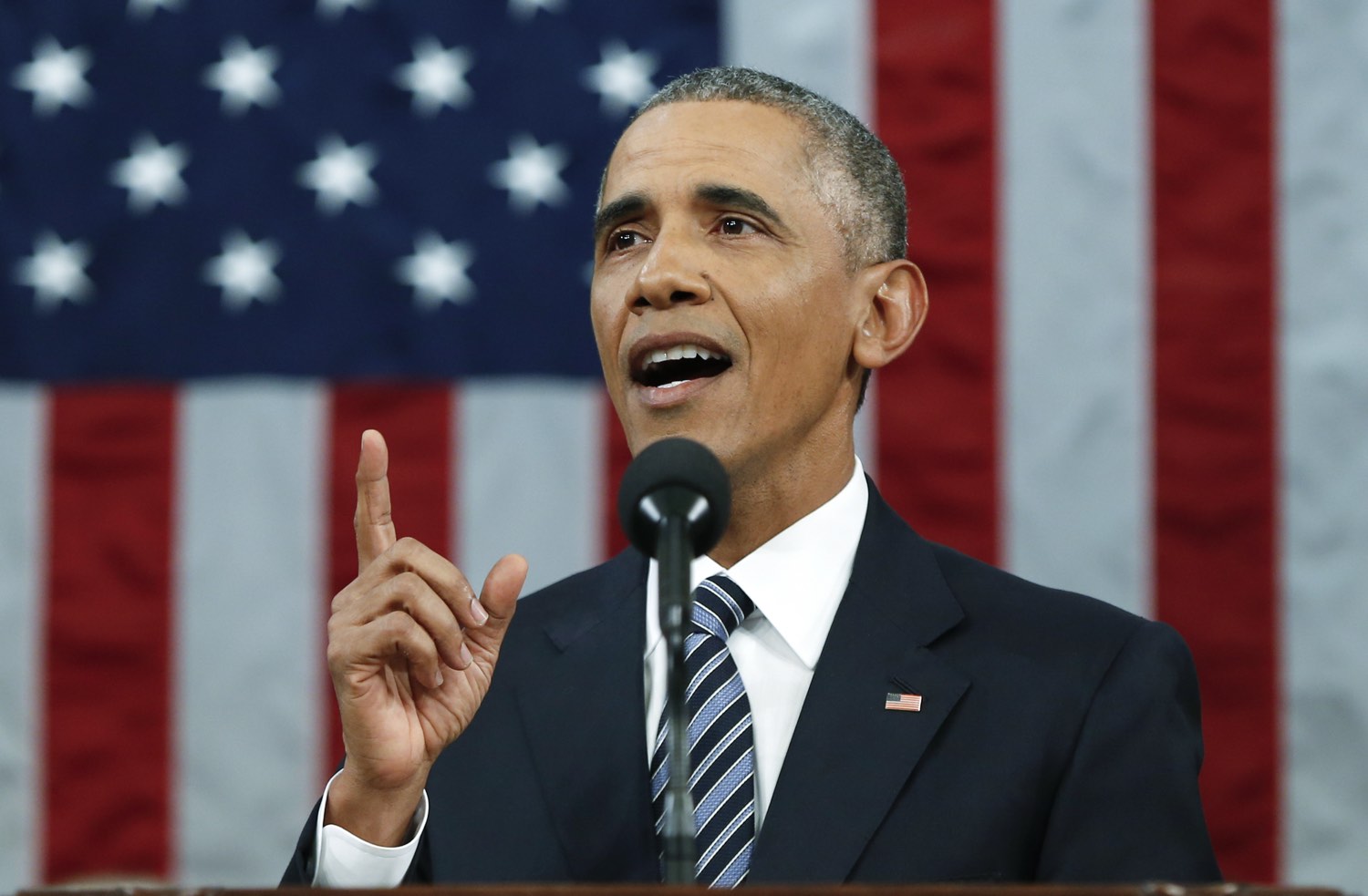 President Obama delivers his final State of the Union address to a joint session of Congress in Washington January 12, 2016. REUTERS

Want to hear a president talk again? Talk Obama To Me accepts up to 180 characters of text and pieces together a speech by Barack Obama. [via]