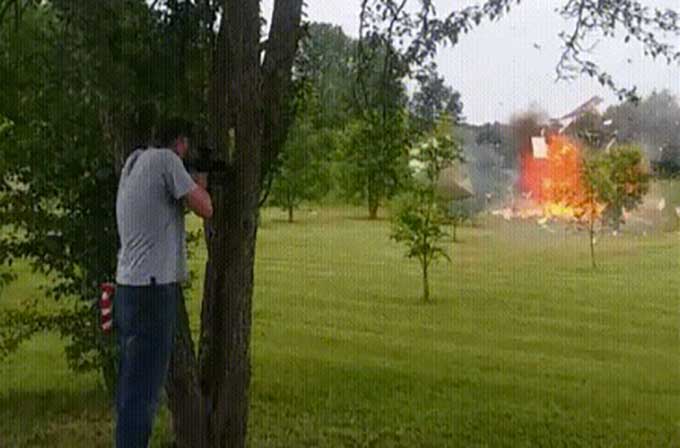 Closely matched in intelligence, a man and a refrigerator filled with explosives face each other on the battleground in a fight to the death. Only one can survive.

A building decided not to go down without a fight. It’s a textbook example of Resistentialism (“seemingly spiteful behavior manifested by inanimate objects”. Image: LiveLeak