Guy saves skateboard from falling in water, ends up falling into it 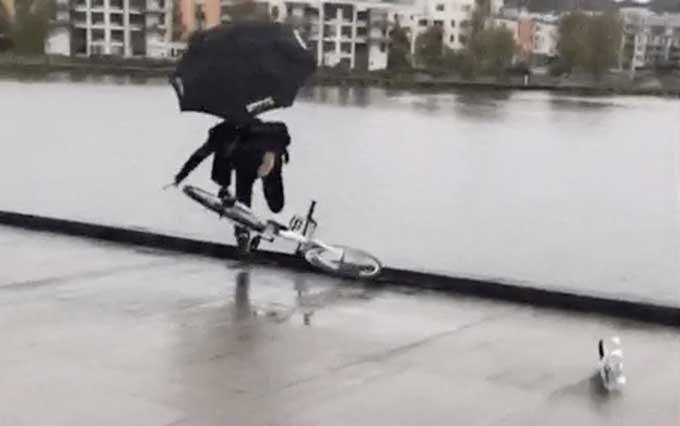 On a rainy day, a girl fell off her skateboard, and the skateboard started to roll toward the water. A guy on a bike (holding an umbrella!) saved the board, but ended up going over the edge himself. It looks like it was quite a drop. I hope he's OK!