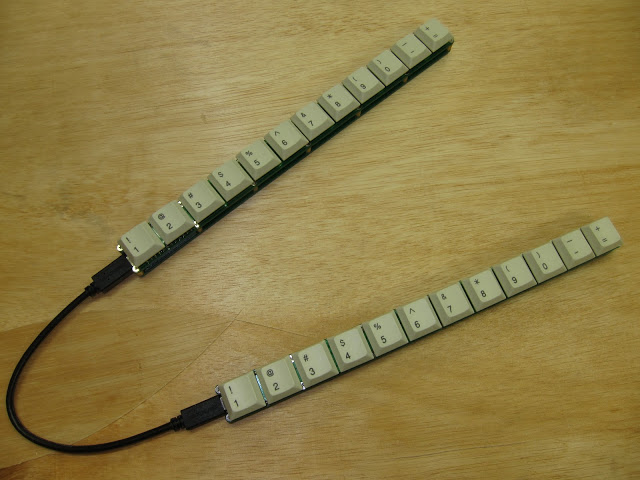 Connected two FML macropads with a micro USB OTG cable. While the fiberglass construction of the FML would be quite sturdy, the USB connectors on the Pro Micro's will probably break off the first time you hit something with it.

Here's an article about the number rows, themselves a custom creation.

A Black woman at Miami International Airport told a Miami-Dade police officer, Antonio Rodriguez, that he was acting like he was white. So rather than deescalate, he took offense and slugged her. He continues to aggressively manhandle her, but the video becomes too much of a blur to see the details. He has been “relieved […]