This 'Celebrating Fall' comic strip may cause panic attacks 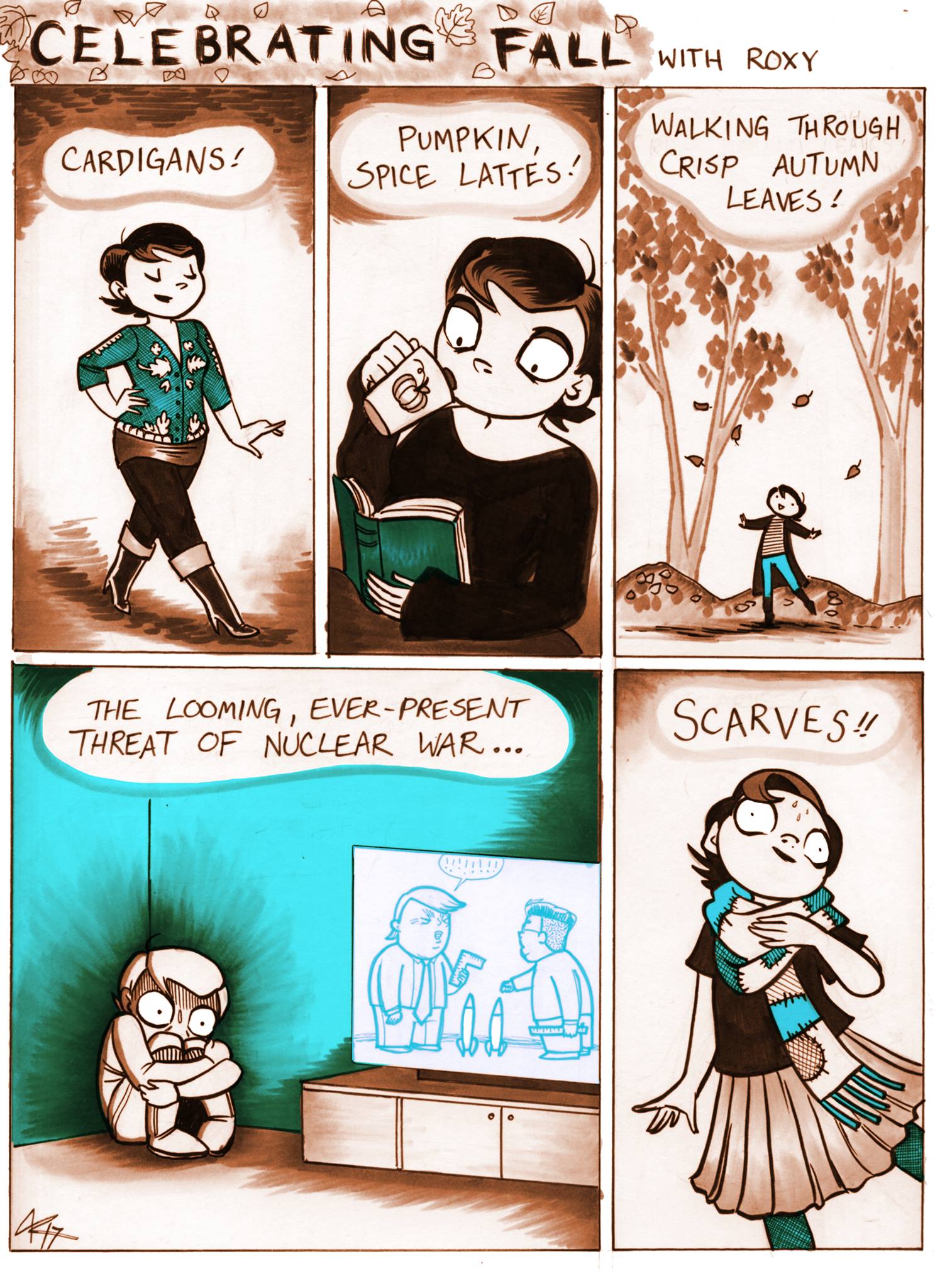 Autumn is here. It's a fine season for pulling out your favorite sweaters, downing PSLs, and huddling in the corner fearing nuclear war.

With this comic, illustrator Jessica Robinson of Columbus, Ohio really captures our current "climate," doesn't she?