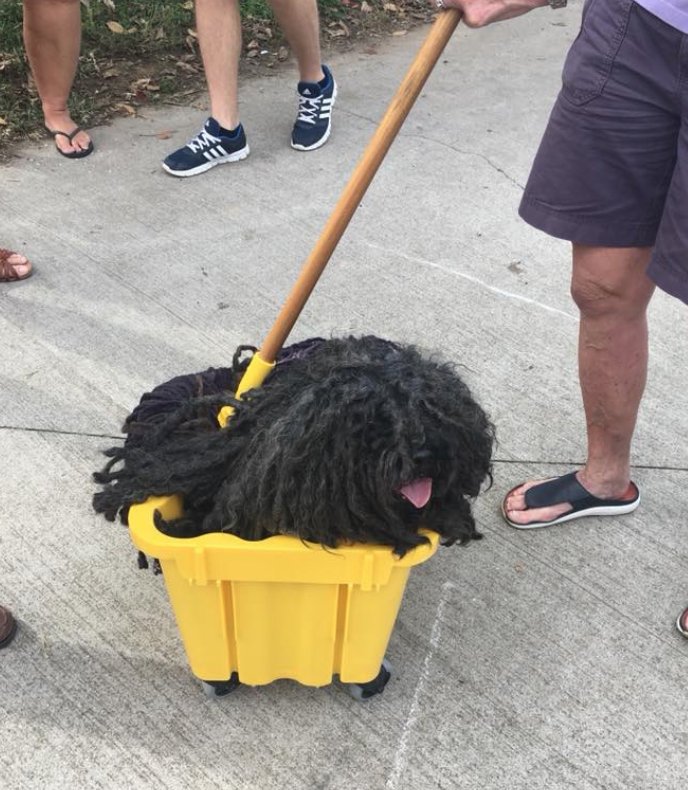 If your dog looks like a mop, you can clean up at Halloween contests. Covington, Kentucky's Mainstrasse Paw-Rade had many worthy entries, but Keki the Hungarian Puli getting pushed around in a mop bucket was the crowd favorite.

Here's more on the dreadlocked puli:

• Woman Dresses Her Dog As A Mop, And It’s Probably The Best Pet Costume We’ve Ever Seen (Bored Panda)