Original Rankin/Bass 'Rudolph' puppets up for sale, but have an enormous price tag 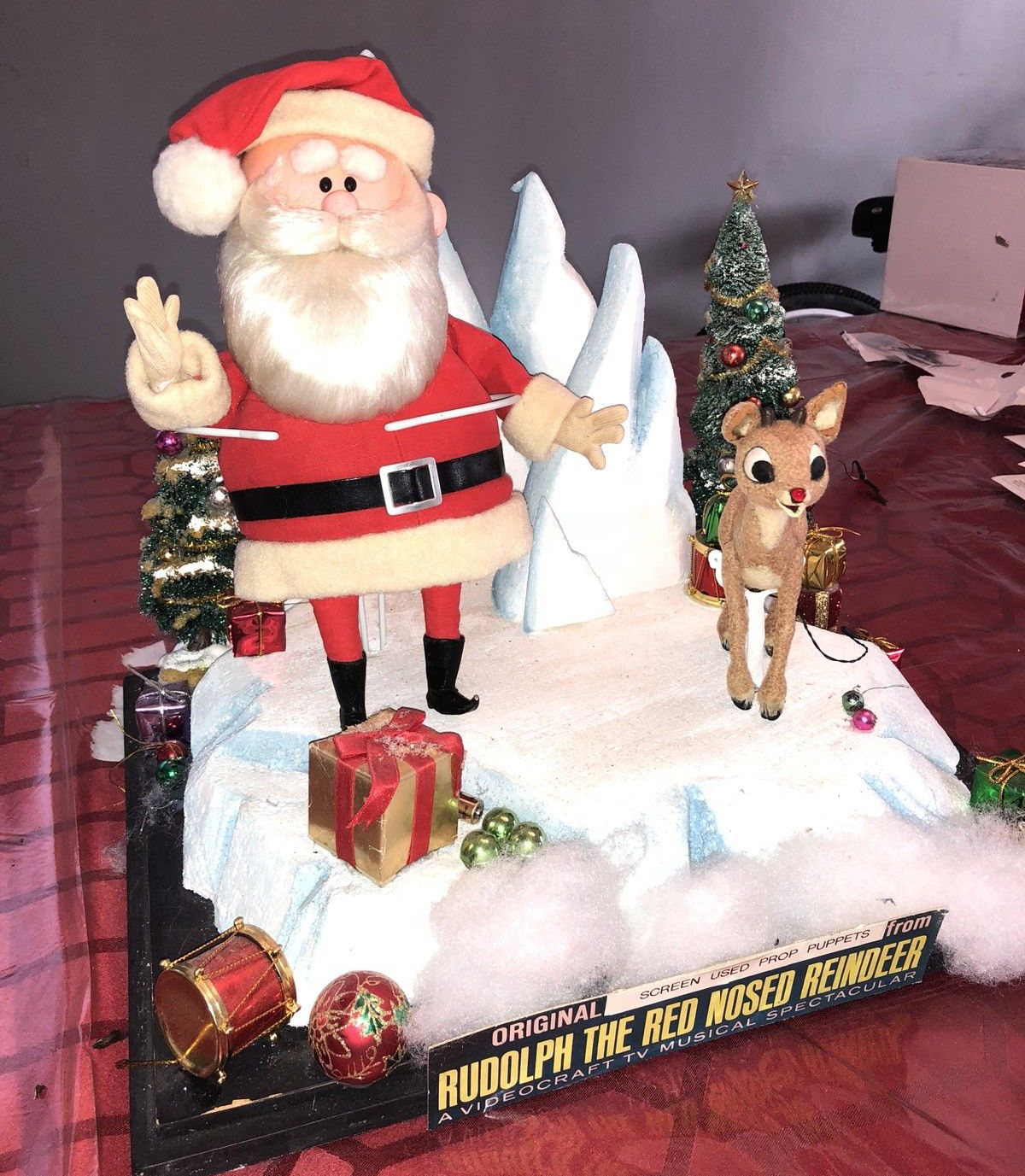 It's cool just seeing these images of the original Santa and Rudolph puppets from Rankin/Bass' 1964 TV perennial classic Rudolph the Red-Nosed Reindeer. They're so iconic, so familiar, even if that Santa was a real jerk.

It's exciting to dream about owning them. I mean, you could own them, as they've been put up for sale on eBay recently. But, what's not cool or exciting is that they are listed for TEN MILLION DOLLARS.

Now before you whip out your checkbook, put down the crack pipe and take note of how small they are. Both of them fit comfortably in a briefcase:

Also keep this 2006 Antiques Roadshow story and estimate in mind:

The man who brought them in said he got them from his aunt, who worked at Rankin/Bass in the 1970s. She bought these two puppets from the company, as well as other ones from the Rudolph production, including Yukon Cornelius and Hermey, the elf who wants to grow up to be a dentist. (She also had bought the other characters, such as Sam the Snowman, played by Burl Ives, but they "got melted in our attic," the owner explained.)

Judging by what he saw of Rudolph and Santa, Lipman was convinced that these two dolls were the original production puppets, not replicas merchandised later. "You can tell by the way they were constructed," he says, noting that they were built of wood, cloth, and plastic. "These were hand-made. They weren't toys. They had mechanisms to make them move, to make them come alive almost. No mass manufacturer of toys, especially in the 1960s, made things like that. It was made to be on film."

When Lipman did a little follow-up research, he learned that Rankin/Bass gave out other puppet characters used in animated programs to their office staff...

Lipman suspects that duplicates for all the puppets in Rudolph were made for the production, a precaution that is often taken in case a puppet is damaged or lost — but he hasn't seen any on the market. According to rankinbass.com, puppets were given to employees, such as in this case, or to the actors who voiced the characters. Most, however, stayed in Japan where they were designed and made.

"Putting a value on these is like putting a price on Christmas," Lipman said to the owner. "Can't do that, can you."

"You could try," the owner replied.

Now Santa and Rudolph were sold and meticulously restored following this 2006 broadcast but I'm still not convinced it warrants the new enormous price tag.

Previously: Find out why Yukon Cornelius licks his axe!

Oh-so-fine Toni Basil has announced a new online class — on ’60s go-go dancing! She’ll not only teach you how to go-go dance, but will also “deep dive” into how it influenced art, fashion, and music. And she should know, because she was there. If you only think of the 76-year-old for her big 1981 […]

The Art Nouveau movement was started in response to a rapidly-changing — and in the eyes of artists, ugly — world. So it makes sense that the San Francisco artists designing rock posters, album covers, and the like in the 1960s would crib Art Nouveau’s distinct style. They were responding to their own rapidly-changing, and […]