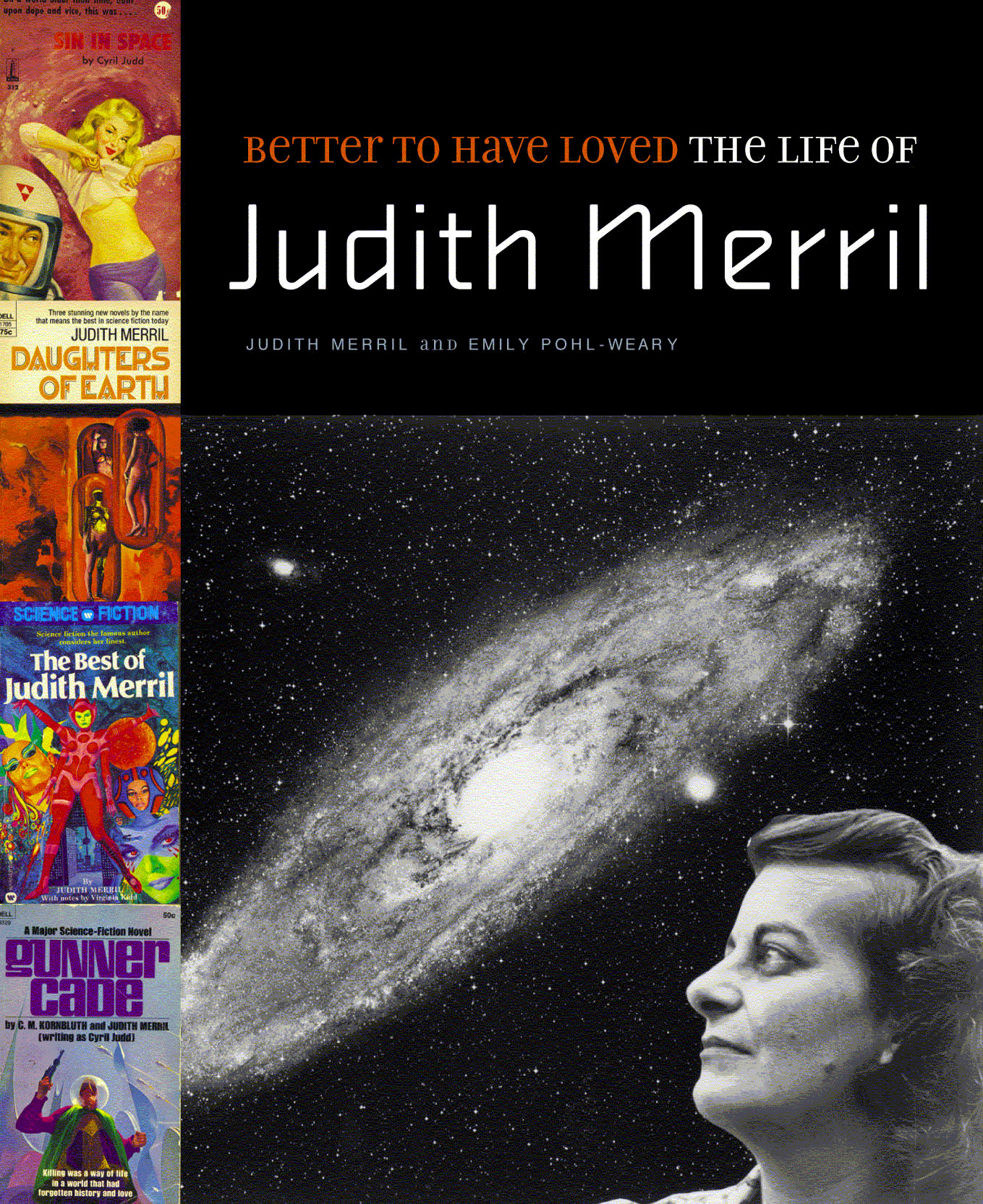 My middle-school used to take us on field trips to the Spaced Out Library, the Toronto Public Library's science fiction reference collection founded by legendary author, critic, editor and activist Judith Merril, who emigrated to Canada after witnessing the police brutality at the 1968 Chicago Democratic National Convention.

Merril served as author-in-residence at the Spaced Out, and she mentored writers like me, reading our manuscripts and giving us advice, and, eventually putting us together in long-running peer workshops that meet even to this day.

She also used to introduce Doctor Who every week on TVO, a public TV station, giving the episodes wider context in the long sweep of science fiction ideas.

The Toronto Star has published a long profile of Judy and her life, with details of how the Spaced Out (now called the Merril Collection, with a brand new head librarian, and the largest sf collection of any public library in the world) had its origins in Rochdale, "the 18-storey hippie haven," where the collection was launched to coincide with a festival Judy organised to commemorate the 1969 moon-landing.

The profile touches on many of the ways that Judy changed the face of Toronto, from the Toronto Hydra parties she started (a once-a-month gathering for everyone in the sf industry that turned us into a community) to the Tesseracts anthology series she created (I once got to co-edit a volume!) to the Hugo-award-winning memoir she co-wrote with her grandaughter Emily Pohl-Weary, a a good set of links to supplementary materials, including collection catalogues for the Merril and more info on Rochdale.

Already well-respected in the science-fiction writing world, Merril was in her mid-40s when she landed in Toronto in 1969 with an extensive personal collection of books and unpublished manuscripts of science fiction. She settled into Rochdale College, the 18-storey hippie haven at Bloor and Huron Sts. with her grown daughter, Ann Pohl. Merril taught nondegree subjects in exchange for room and board at the free university, which was an experiment in student-run education and co-operative learning.

Merril became known as Rochdale’s resource person in publishing and writing. She founded the Rochdale library, which later was called the Spaced Out Library.

She lived in Rochdale for a year. One year later, in 1970, she would donate the Spaced Out Library and its 5,000 items to the Toronto Public Library.

Merril, who became a Canadian citizen in 1976, was an active member of Toronto’s writing community. She organized and promoted science fiction in Canada and mentored its writers. She founded the Hydra North network of science fiction writers in Toronto and was involved in the Writers’ Union and the Canadian peace movement from the mid-1970s until her death in Toronto in 1997. She was also a commentator on radio and TV shows, including Dr. Who for TVOntario from 1978 to 1981.