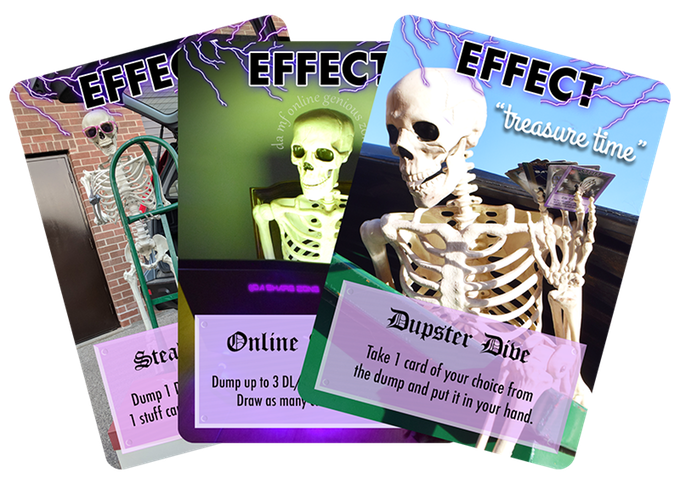 THE DEVIL'S LEVEL is the official card game of Da Share Z0ne, Twitter's most bad-ass meme machine. Contributors inclue Natalie Dee, Dril, Oliver Leach and Drew Fairweather, so you have...
NO EXCUSES.

THE GAME IS FOR 2 PLAYERS OR MORE. PROBLY AS MUCH AS 8 PLAYERS.

YOU DON'T HAVE TO BE A Z0NE HEAD OR READ MY SIGHT, IF YOUR COOL YOU WILL LIKE IT.

THE GAME HAS 132 CARDS I MADE MOST OF THE ART. I GOT SOME GUEST ARTISTS WHO MADE SOME OF THE ARTWORK'S:

IF YOU ARE RICH AND WANT TOO GIVE ME A TON OF MONEY THEN GO FOR IT. YOU WERE JUST GOING TO BUY STOCKS WITH IT OR SOMETHING STUPPID ANYWAY