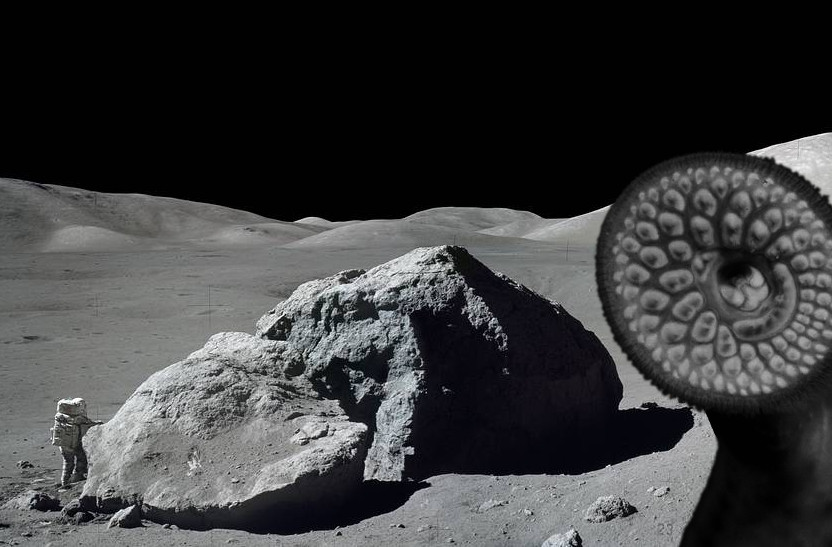 Australian science fiction author Sean Williams (previously) is an Australian Antarctic Division Arts Fellow, who got to live in the Antarctic while researching an alternate War of the Worlds retelling.

As part of his research, he's been reading Douglas Mawson's Antarctic Diaries, which record his travails during his pioneering explorations of the South Pole.

Williams got the idea of rearranging the phrases in Mawson's journal to piece together a nifty little science fiction/horror story about giant, carnivorous moon-worms that works surprisingly well.

We are tired out with it all. [4717] continuing all day with the slaughter [7286] lose all ground gained in night. Commence fight again in afternoon, thick, really scarcely know where we are as sun has been obscured so long [6820-6821]

Madigan on night duty reports Elmo’s fire. The points of nephoscope visibly illumined on snow ramp 18 ft away. The top of the weather cock outlined— N, S, E & W, as well as arrow. Any point on his clothing held a spark, also fingers of mitts— on taking off mitt each finger carried a spark. [2707]

Mawson on the Moon [Sean Williams]