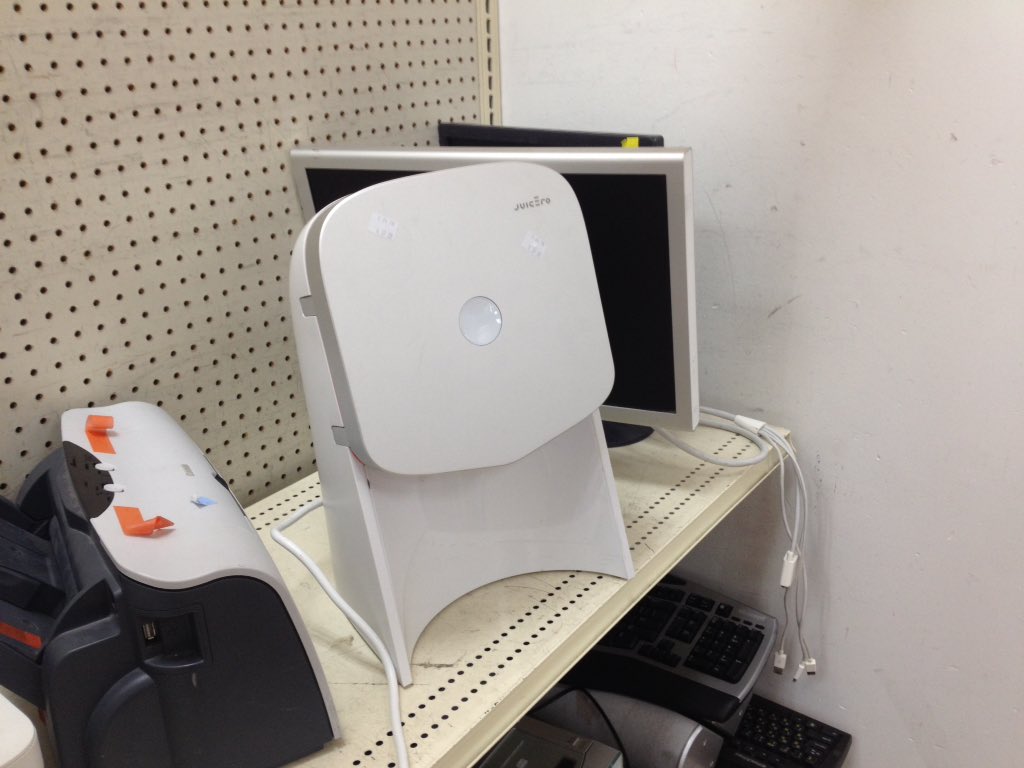 Juicero was a fantastically over-engineered $400 juicing machine whose key innovation was DRM fruit slime that you can just squeeze out the bag anyway. The company went out of business six months ago, and Juiceros are now turning up in thrift stores, as observed by anfael_ on Twitter. Even so, there's no point buying one: they're useless without the no-longer-available DRM packets and are too complex to bother hacking.

"oh wow it's finally here," wrote anfael_, "in the goodwill with the busted keyboards and crusty printers"

oh wow it's finally here. in the goodwill with the busted keyboards and crusty printers pic.twitter.com/06Qia27yWb

The genius behind Juicero is now selling "'raw water' packed with all the microbes and amoebas you can stomach".