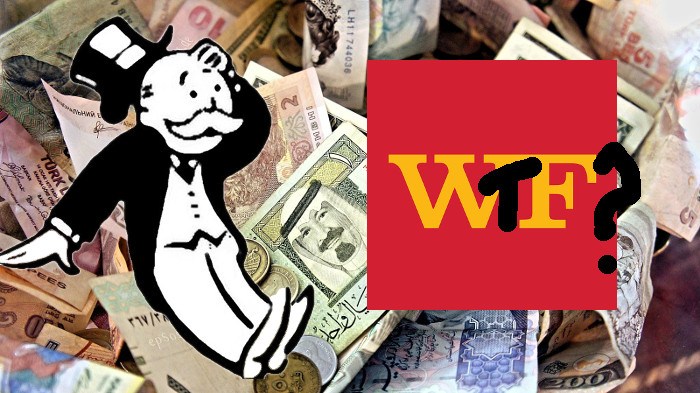 Wells Fargo CEO Tim Sloan has only been on the job since October, but he's earned a 35%, $4.6m raise, despite flat earnings and a series of scandals since Sloan took over from the cartoonishly villainous John Stumpf.

Sloan's tenure has included record-breaking penalties for the bank from the Fed, class action lawsuits enabled by Sloan's desperate spin before Congress; Sloan boasting that not one cent from the Trump tax breaks would go to investment or wages; and a farcical "reparations" program for defrauded mortgage borrowers that was calculated to be thrown away with the junkmail.

Wells Fargo justified Sloan’s overall pay package in its proxy by saying that it reflected “solid financial performance.” But the bank did not substantially grow profits last year which would typically be a reason for such a pay increase.