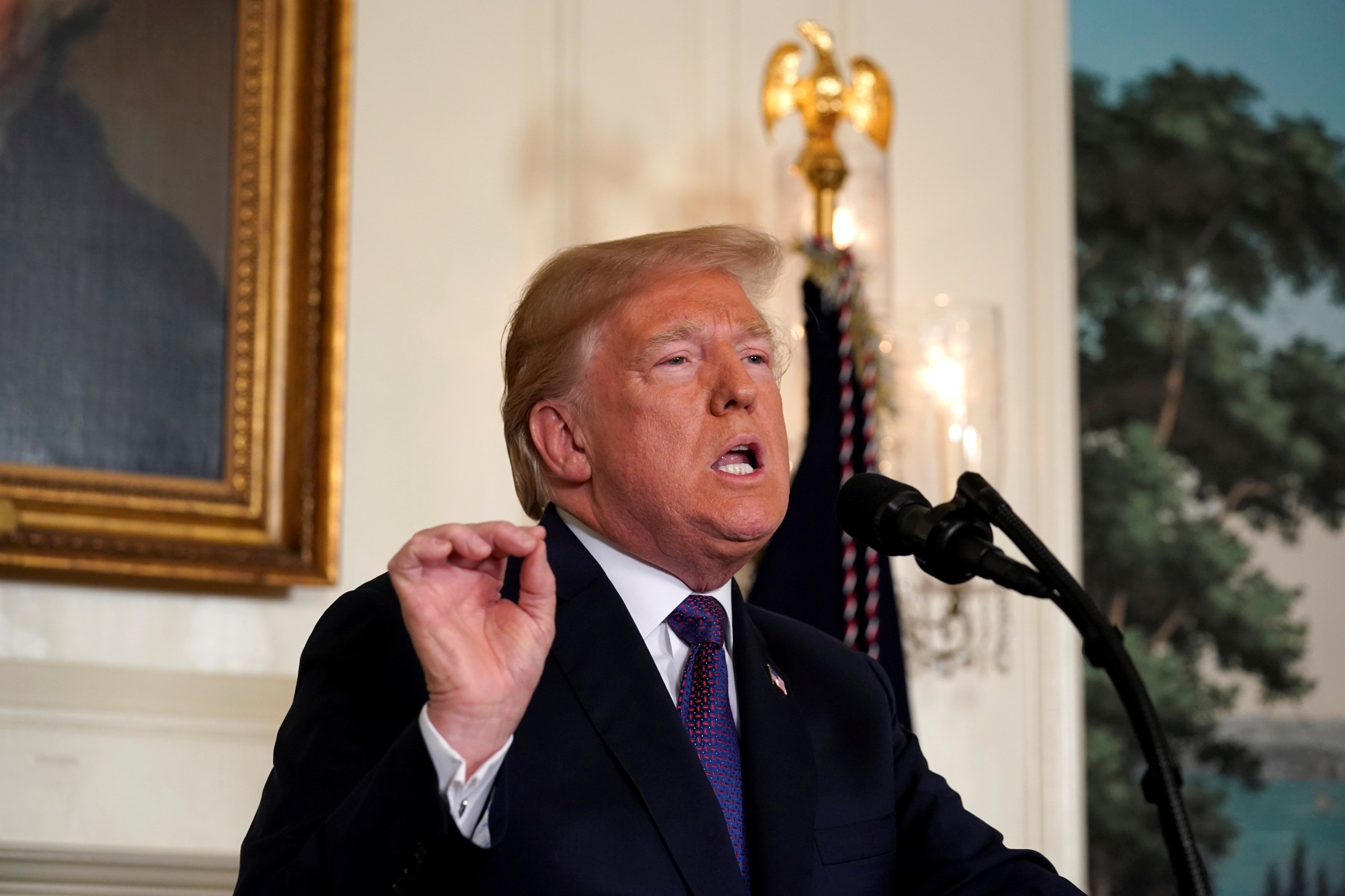 President Donald Trump appeared on television tonight to announce that the United States military is now striking 'chemical weapons sites' in Syria by air, with coordination from the military forces of France and Britain.

Well, that was a crazy 20 minutes, cant hear any strikes at the moment.

Multiple US defense officials say that both US ships and aircrafts were used in the strikes in Syria. Syrian air forces have launched counter-strikes.

Syrian state television reports to have shot down some 13 U.S. missiles. Take that as you will.

“A short time ago, I ordered the United States Armed Forces to launch precision strikes on targets associated with the chemical weapons capabilities of Syrian dictator Bashar al-Assad,” Trump said in a televised address from the White House.

#BREAKING: The military Research Center in Barzeh has been bit by a missle. #Syria pic.twitter.com/Ldp9AS5tZB

It's been quite a week for the President, with personal legal crises exploding on the home front. Did he take America to war in an attempt to distract from his self-implosion?

The President didn't say this was a one-off strike. He described it in the televised address as an open-ended military mission. There is no end date. There is no clear goal. There was no Congressional approval.

Damascus & 3 other Syrian cities have sounded their sirens as strikes begin reaching their targets.

Let’s see what Putin’s “gravest of consequences” are.

Trump: “The purpose of our actions tonight is to establish a strong deterrent against the production, spread and use of chemical weapons” https://t.co/rigslrdbna

"Hopefully someday we will get along with Russia and maybe even Iran, but maybe not," President Trump says after announcing strikes on Syria. pic.twitter.com/C3EnK8iir1

There is never, ever a strategy. https://t.co/EriRXJZQhN

Ordnance arriving or has arrived, per reports https://t.co/O6PcH6juw7

We truly care about the plight of the innocent Syrian’s. As of tonight we have sent more cruise missiles into Syria than refugees we’ve let out. We are a long way from Reagan: “We will again be the exemplar of freedom and a beacon of hope for those who do not now have freedom.” https://t.co/S9Gr5ZnhkG

#Breakingnews :: explosions in the #Syrian capital #Damascus in #Syria after #Trump speech .

Based on claims coming from the ground, Syria's "formidable" air defenses have lived up to their reputation.

Tonight, @POTUS Donald J. Trump addressed the nation to announce a combined operation- with the #UnitedKingdom and #France- of precision strikes against sites associated with the chemical weapons capabilities of the #Assad regime in #Syria. pic.twitter.com/m0H3Pk8Dh1

BREAKING: US official confirms to @Reuters that US Tomahawk missiles being used in strikes on Syria

It is 430am in Moscow. Pentagon briefing in 30 minutes.

Victims of a suspected chemical attack in Douma, Syria, on Sunday. Residents said they heard objects falling from the sky, followed by a strange smell that witnesses said resembled chlorine. Credit Emad Aldin/EPA, via Shutterstock

"Are we at war in Syria?"
Yes and have been for some time.

"Are we at war against the Syrian state?"
It appears so, though arguably it started last year.

"Did Congress or the UN authorize this?"
No. They may never

There's something so weird and postmodern about all this - not intervening, just carefully policing the methods by which a govt may annihilate hostile neighbirhoods https://t.co/aUoVF9twzL

Hearing from Trump supporters who are unhappy with lack of congressional approval re Syria.

"The perception that @POTUS may have ordered these strikes in part because of scandal will affect the impact and the effectiveness of these military strikes, unavoidably," @maddow said after Trump's Syria remarks. "Even if the tail is not wagging the dog.” pic.twitter.com/1Dhs7yKASr