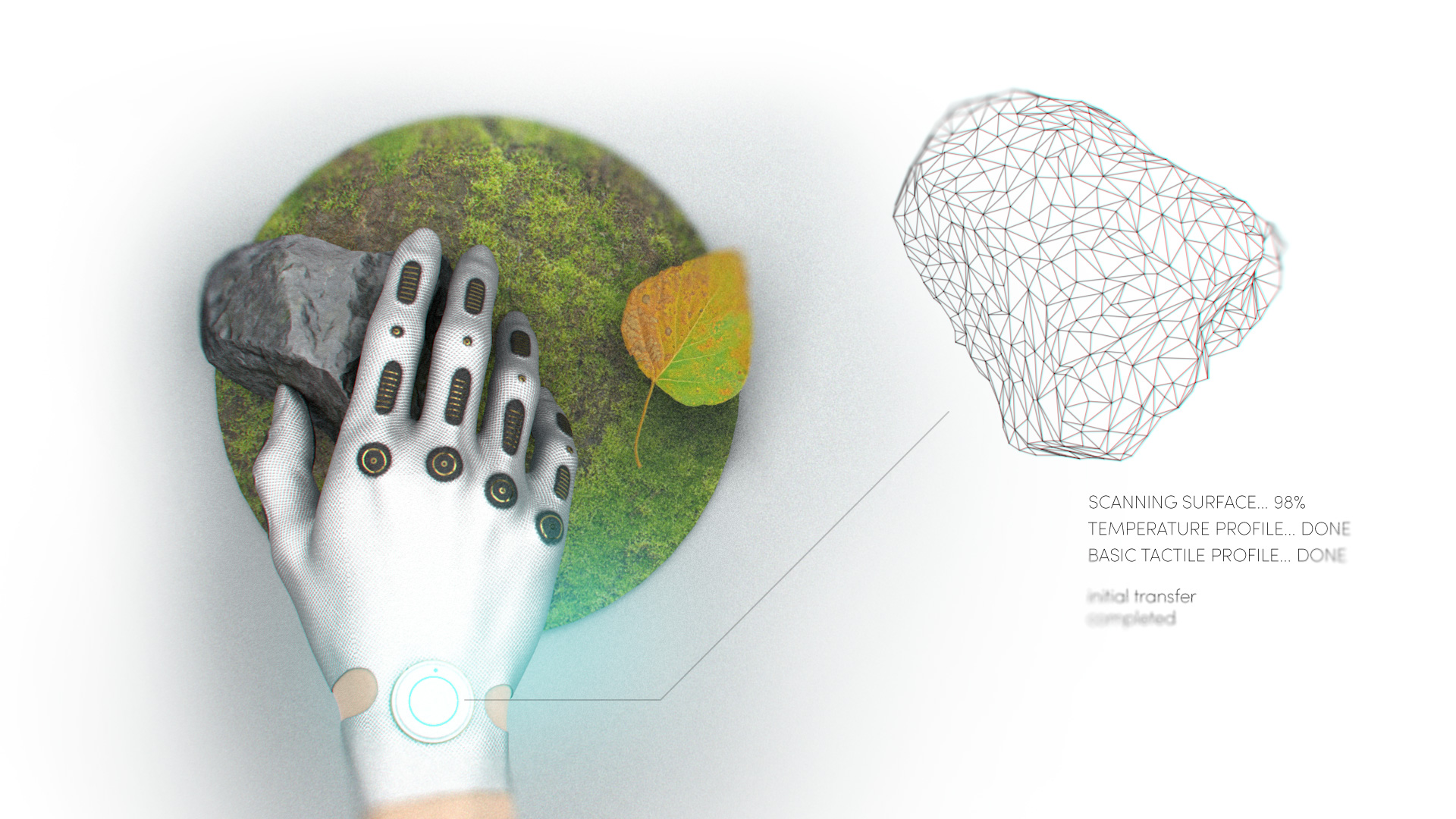 The Polish thinktank Centrum Cyfrowe commissioned designers to come up with "speculative designs" for products that could be enabled by a European approach to copyright reforms that favored a more equitable balance tilted towards creators and the public and away from large corporations -- even as the EU is preparing to kill this future by passing an extreme, corporate-aligned copyright regime that runs on censorship and mass surveillance.

The resulting three products are fascinating: Digiatoms is a "programmable matter" that reconfigures itself based on designs that you download from the internet; Digidermis is a recording and playback system for "high-resolution, detailed tactile information about any real world object" that users can share with one another; and Digitutor is an augmented reality system that analyses footage from your personal microdrone to provide educational context about all the things you see around them.

The feature all these devices share is that they rely on databases of user-supplied assets -- annotations, recorded sensations, shapefiles -- of the sort that the EU is about to make legally impossible.

That's because Europe is currently entertaining a batshit crazy copyright reform that would require anyone who hosted such a database to proactively analyse any files submitted by users to see if it might infringe copyright, creating Youtube-style takedown databases that would censor anything that might be an infringement, with hosts incentivised to be as aggressive as possible in their censorship on pain of being fined out of existence if they missed one.

The EU proposal would eliminate the fair dealing exemption for educational use, except by teachers while in a classroom, preventing peer-education, continuing education, and real-world educational annotations (it also bans Creative Commons licenses).

All this, despite the EU's own studies showing that this will be bad for the arts and for Europeans.

It's not too late: Europeans can contact their MEPs here and let them know what's at stake.

Copyright underpins all our daily activities - it affects the way we listen to music, read, or watch news. It determines how we learn, work and express ourselves via social media, also when we use someone else’s creation and remix it into something new.

As we become more dependent on technology every day, the laws governing access to information and knowledge influence the way we take care of our personal health or access lifelong learning, too.

Copyright has been tailored to the analog reality many years ago, and it doesn’t fit the increasingly digital world. Its ongoing reform could be a chance to make life easier, work more productive and fun - well - more fun! Instead, the reform misses the right perspective on the future.

Future Not Made in EU [Centrum Cyfrowe]