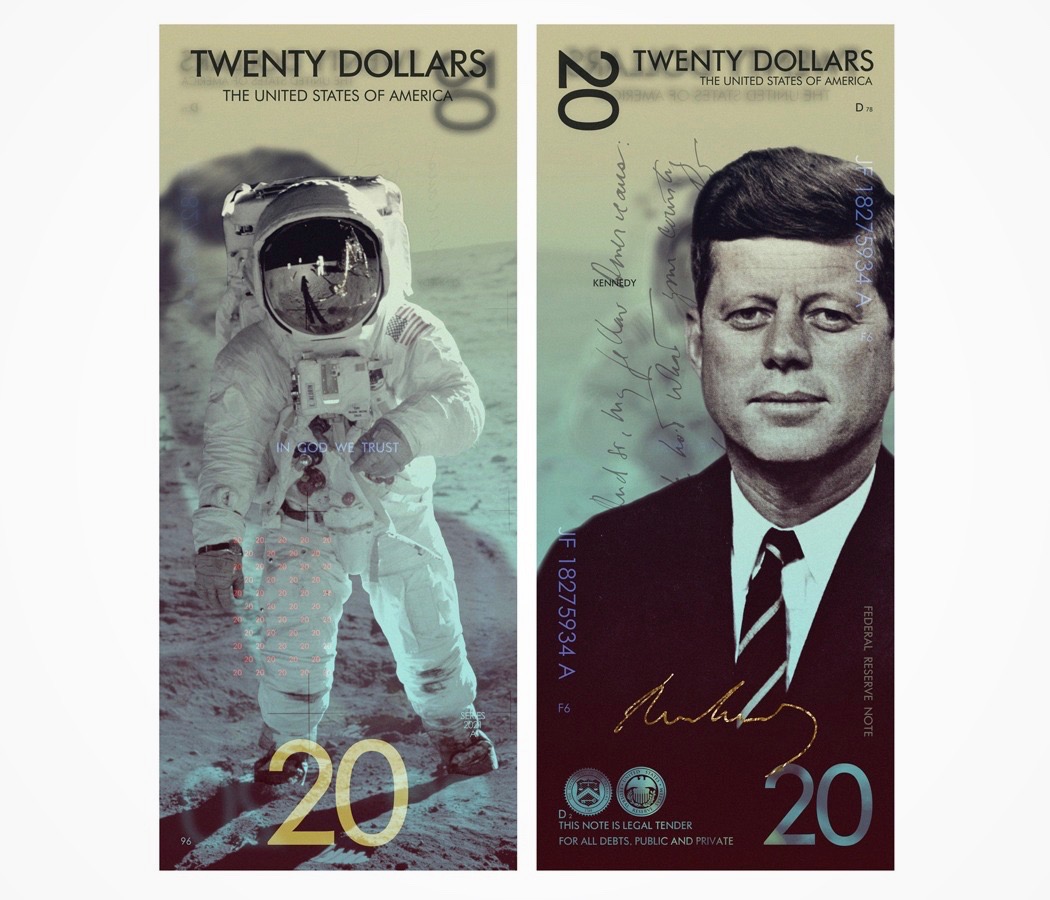 They look more like high-end collectibles than fiat, and they miss an important usability aspect in that they're all the same size, rather than following the sensible custom of printing larger-denomination bills on larger sheets.

That said, they're very futuristic and beautiful.