Fugitive wanted for attempted murder found at White House, where he worked for National Security Council 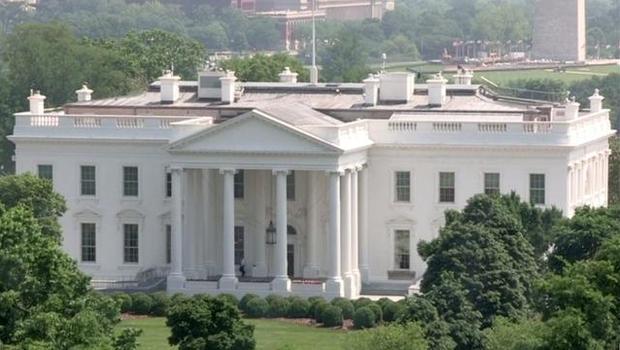 Pretty logical place to hide, if you ask me.

Secret Service agents grabbed Martese Maurice Edwards today when he showed up for work at the White House, where he worked as a private contractor for the WH National Security Council.

A man by that same name is wanted for attempted first-degree murder in Prince George’s County, Maryland.

Mr. Edwards, who is 29, “was taken into custody just after noon at a checkpoint in the 1600 block of Pennsylvania Avenue NW,” reports the Washington Post:

A spokesman for the Prince George’s County Sheriff’s Office said their records show that warrant was taken out May 17. Details of the allegations could not be learned Tuesday evening.

The Secret Service said in a statement that a member of its uniformed division ran Edwards’s name through a criminal database when he arrived at the White House. That database provided information on an active warrant, officials said.

Edwards was turned over to D.C. police for processing. He was charged in the District with being a fugitive from justice and could later be extradited to Maryland. The Secret Service said he worked as a private contractor, but his precise job or where he worked at the White House was not provided.

“On June 4, 2018, the U.S. Secret Service was notified by the Criminal Justice Information System (CJIS) that Martese Edwards was the subject of a warrant issued out of Prince Georges County, MD. On June 5, 2018, Edwards was promptly arrested by Secret Service Uniformed Division Officers at a checkpoint outside of the White House complex when he was reporting to work as a contractor. Edwards was transported to MPD Second District for processing.”

A government contractor was taken into custody at a Secret Service checkpoint when he showed up for work. He was wanted for attempted murder. @PaulaReidCBS reports from the White House. https://t.co/PH1cT6TNu1 pic.twitter.com/lrYKOk3Awo

UPDATE: We have confirmed that the man arrested, Martese Edwards, was a contractor for White House National Security Council. @CBSNews https://t.co/cCPkmiUjDX