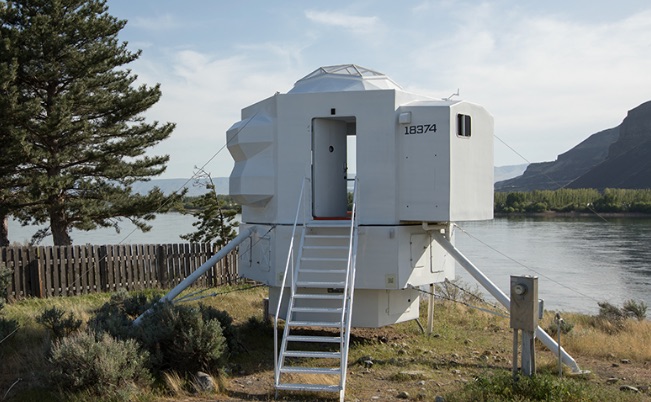 Boat designer Kurth Hughes designed and built this far out home on the Columbia River in central Washington. It's just 250-square-feet but contains a bedroom, bathroom, kitchen, and dining nook with a table fashioned from Hughes's first sailboat. The geodesic dome skylight provides plenty of sunlight and a glorious view of the starry night. (Zillow)