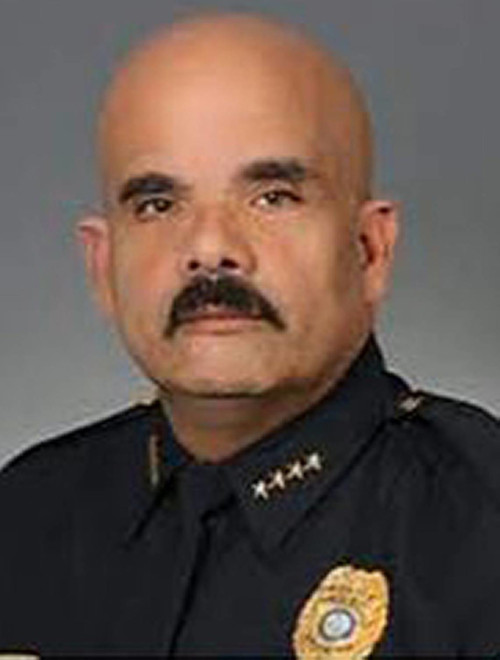 Raimundo Atesiano was chief of the Biscayne Park Police Department in 2013, and he was proud to boast about his department's 100% clearance rate for burglaries -- but according to federal prosecutors who just indicted him, Atesiano conspired with two of his officers to frame a 16-year-old child for unsolved burglaries so that they could impress local officials.

They face 11 years in prison, each, if they are convicted of "conspiracy to violate civil rights under color of law and deprivation of the 16-year-old’s civil rights."

The incident began on June 13, 2013, when Atesiano told Dayoub and Fernandez that he “wanted them to unlawfully arrest T.D. for unsolved burglaries despite knowing that there was no evidence that T.D. had committed the burglaries,” prosecutors said. Dayoub and Fernandez gathered information for the arrest “knowing there was no evidence and no lawful basis to arrest and charge T.D,” officials said.

The four burglaries for which the person listed in documents only as “T.D.” was charged occurred in April and May of that year.

Prosecutors said that Fernandez agreed to write and notarize the four arrest affidavits with “false narratives,” and Dayoub signed the affidavits, the indictment said.