'Mister President, don’t you have kids!' 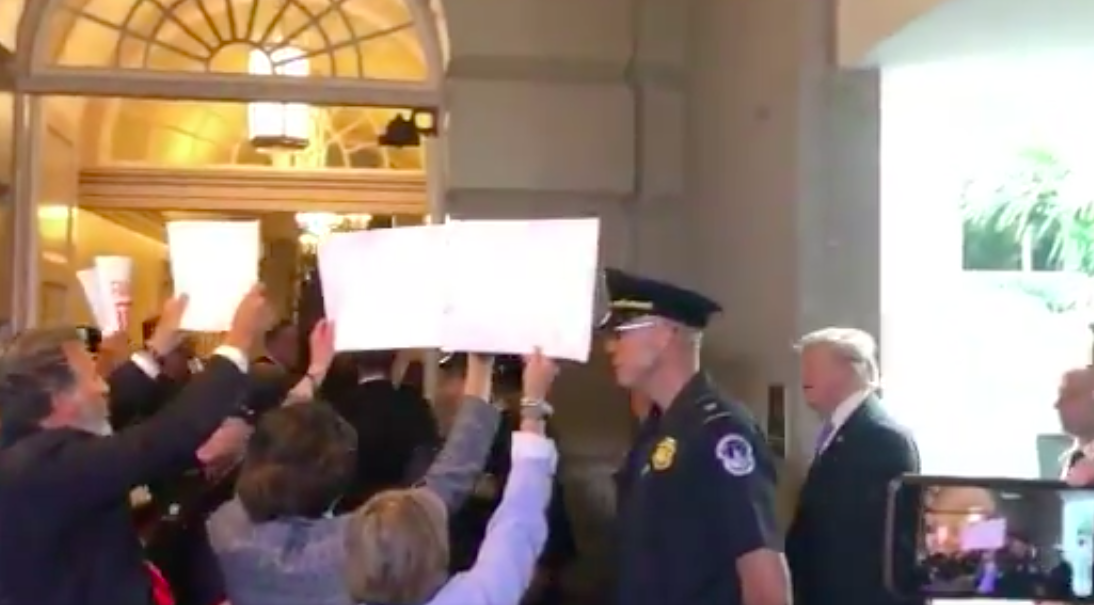 He shouts other things at Trump, too, like -- "we won't go away" and "this is not biblical!"

In which CHC members yelled at POTUS/Nielsen over the separation of kids as he left GOP meeting: “Mr. President, don’t you have kids!”?? ?? pic.twitter.com/fu0rehoq6Z

Congressional Hispanic Caucus members yell at Trump about the “zero tolerance” policy as he walks by after his meeting with GOP lawmakers at the Capitol. pic.twitter.com/YMva974pnq

In which CHC members yelled at POTUS/Nielsen over the separation of kids as he left GOP meeting: “Mr. President, don’t you have kids!”?? ?? pic.twitter.com/fu0rehoq6Z

Trump walks by and smiles, waves at the cameras. Democrats yell "don't you have kids!?"