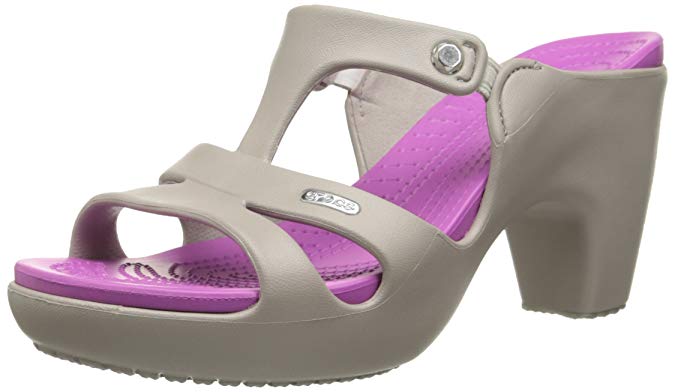 Step aside couture platform Crocs, you've got some competition for world's most ridiculous spongy-soled shoes. Crocs now come in high heels. I wish I were kidding. Check it and see.