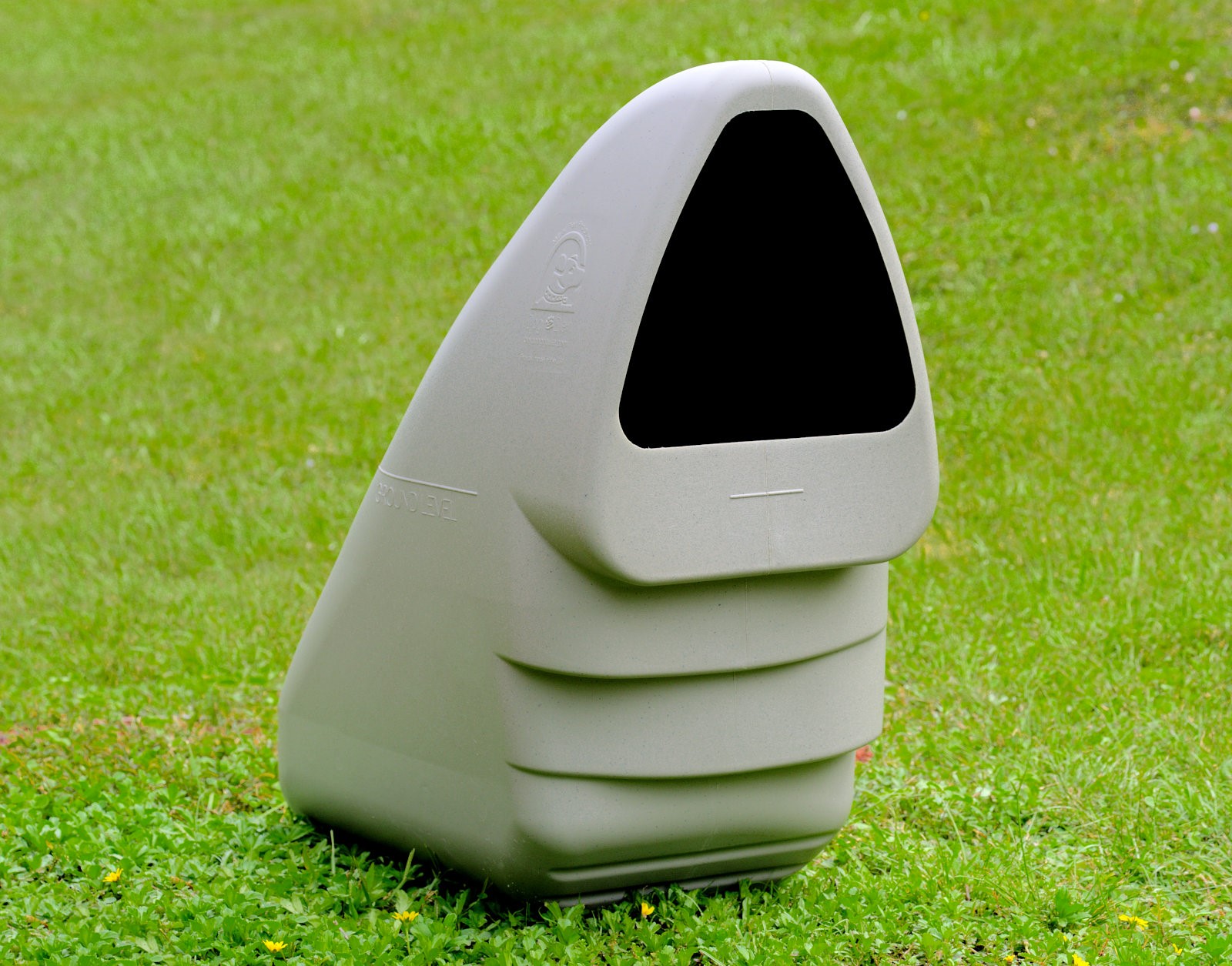 DogEden (DogeDen, surely?) is a doghouse designed to be mostly buried, with a tiny entrance above ground and a cavernous space beneath grade level. That way, the temperature is kept cooler in summer and warmer in winter, ensuring doge a more comfortable snooze. And when the fascist death squads come for you, they'll be a great place to hide the children!

Smart engineering coupled with good common sense. Dogs weren't meant to live above the ground in a wood or plastic box, they instead prefer a den-like home dug into the ground, away from the sun, wind and rain and extreme cold. No other doghouse on the market takes this into account, only the DogEden. We thought long and hard on this and designed our doghouse to intelligently take advantage of what dogs instinctually desire; they desire a comfortable den, integrated into the earth. Read below where we discuss the temperatures our doghouse maintains, and other smart features and benefits no other doghouse on the market has.